The goods trade deficit jumped 12.8 percent to $79.5 billion in December, boosted also by an increase in imports. Exports fell 2.8 percent amid steep declines in shipments of foods, industrial supplies and capital goods. Imports increased 2.4 percent driven by food and capital and consumer goods. 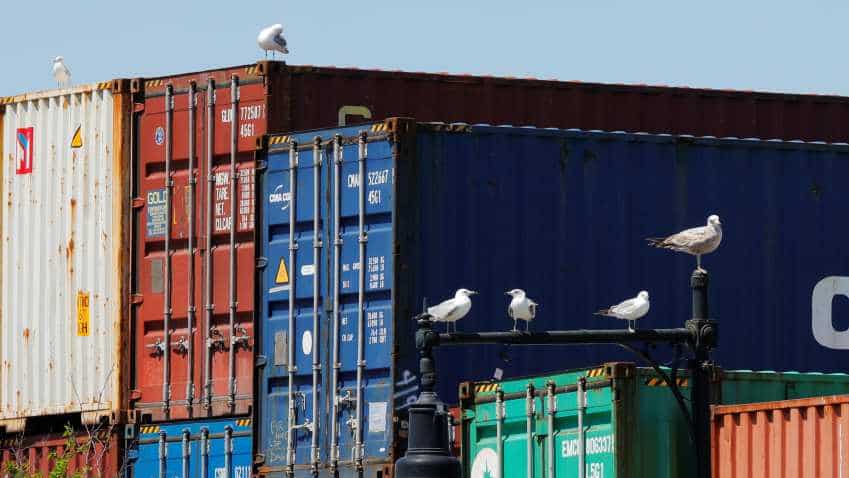 The US goods trade deficit widened sharply in December as slowing global demand and a strong dollar weighed on exports, another sign that economic growth slowed in the fourth quarter. Other data from the Commerce Department on Wednesday showed new orders for U.S.-made goods barely rose in December and business spending on equipment was much weaker than previously thought, pointing to a softening in manufacturing activity.

The reports, which added to weak December data on retail sales and housing starts, could prompt economists to cut fourth-quarter GDP estimates. But some of the drag on growth from the goods trade gap and weak business spending on equipment could be offset by a strong increase in inventories in December.

The goods trade deficit jumped 12.8 percent to $79.5 billion in December, boosted also by an increase in imports. Exports fell 2.8 percent amid steep declines in shipments of foods, industrial supplies and capital goods. Imports increased 2.4 percent driven by food and capital and consumer goods.

Growth estimates for the fourth quarter are currently around a 2.0 percent annualized rate. The government will publish the fourth-quarter GDP report on Thursday. The economy grew at a 3.4 percent pace in the third quarter.

US stocks added to losses after U.S. Trade Representative Robert Lighthizer said U.S. issues with China are "too serious" to be resolved by promises of more purchases of U.S. goods by Beijing. Prices of U.S. Treasuries modestly pared losses, while the dollar added to gains against the yen and euro.

FACTORY ACTIVITY SLOWING
In another report on Wednesday, the Commerce Department said factory goods orders edged up 0.1 percent in December amid declining demand for machinery and electrical equipment, appliances and components.

Manufacturing, which accounts for about 12 percent of the economy, is slowing as some of the boost to capital spending from last year`s $1.5 trillion tax cut package fades. In addition, the strong dollar and cooling growth in Europe and China are hurting exports. Lower oil prices are also slowing purchases of equipment for oil and gas well drilling.

Orders for electrical equipment, appliances and components fell 0.3 percent after dropping 2.6 percent in November. Orders for transportation equipment rose 3.2 percent in December after increasing 3.1 percent in the prior month.

The Commerce Department also said December orders for non-defense capital goods excluding aircraft, which are seen as a measure of business spending plans on equipment, fell 1.0 percent instead of the 0.7 percent drop reported last week.

Orders for these so-called core capital goods declined 1.1 percent in November. Shipments of core capital goods, which are used to calculate business equipment spending in the gross domestic product report, were unchanged in December instead of the previously reported 0.5 percent increase.