The US Federal Reserve's decision to leave its benchmark overnight lending rate in a target range of between 1.50 percent and 1.75 percent was unanimous. Investors had all but ruled out another increase at this week`s meeting. 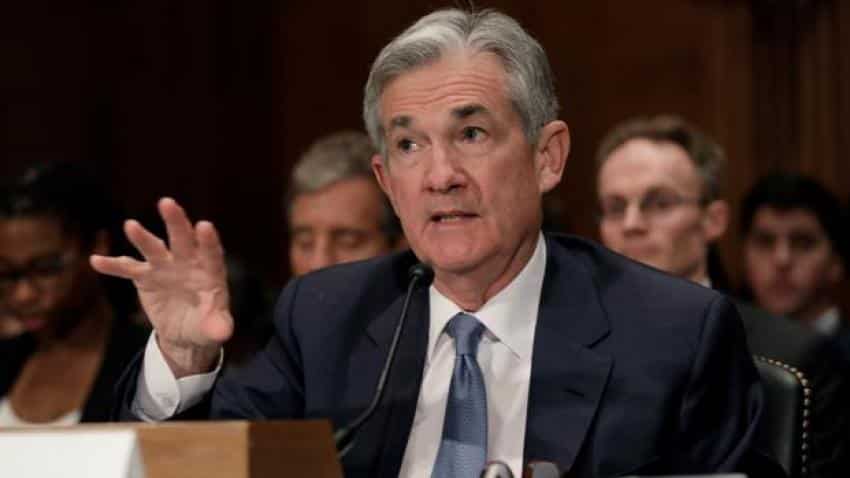 The US Federal Reserve raised rates in March and currently forecasts another two increases this year. Image source: Reuters

The Federal Reserve held interest rates steady on Wednesday and expressed confidence that a recent rise in inflation to near the U.S. central bank`s target would be sustained, leaving it on track to raise borrowing costs in June.

The upgrading of the Fed`s inflation outlook represented a milestone after roughly six years of price gains falling short of its 2 percent goal, even as key aspects of the economy saw a healthy recovery from the 2007-2009 recession.

The Fed`s rate-setting committee also downplayed a recent slowdown in economic and job growth, saying activity had been expanding at a moderate rate and job gains, on average, had been strong in recent months.

It said inflation had "moved close" to its target and that "on a 12-month basis is expected to run near the Committee`s symmetric 2 percent objective over the medium term."

The Fed`s decision to leave its benchmark overnight lending rate in a target range of between 1.50 percent and 1.75 percent was unanimous. Investors had all but ruled out another increase at this week`s meeting.

The Fed raised rates in March and currently forecasts another two increases this year, although an increasing number of policymakers see three as possible. Investors overwhelmingly expect a rate hike at the June 12-13 policy meeting.

After the release of the Fed`s statement, traders of U.S. short-term interest rate futures kept bets that rates would rise at least two more times in 2018. U.S. stocks pared losses before turning lower, Treasury yields briefly edged higher, and the dollar <.DXY> was off its highs of the day against a basket of currencies.

"There are some changes in the statement to reflect the evolution of the data especially in their inflation outlook," said Stephen Stanley, chief economist at Amherst Pierpont Securities in Stamford, Connecticut.

"I think a June rate hike is a done deal unless something dramatically changes between now and June."

The Fed`s confidence in the economic outlook was also highlighted by its assertion that business fixed investment had continued to grow strongly. It added that risks to the outlook appear roughly balanced, removing a prior reference to "near-term risks."

Fed Chairman Jerome Powell has maintained that the central bank will pursue a middle-of-the-road approach to monetary policy, continuing to gradually lift rates in the face of a robust economy that had yet to spark a jump in inflation.

But data released on Monday showed price gains are now effectively at the Fed`s target.

The Fed`s preferred measure of inflation soared 1.9 percent in the 12 months through March, the biggest increase since February 2017, after increasing 1.6 percent in the year through February, the U.S. Commerce Department reported.

Fed policymakers had anticipated the rise and have stressed that their target is not a ceiling and that they will tolerate increases above it without being immediately concerned.

The Fed`s pace of rate increases has picked up since it began its tightening cycle in December 2015. It raised rates once in 2016, but lifted borrowing costs three times last year amid a strengthening economy and labour market.

Although economic growth slowed to an annualised rate of 2.3 percent in the first quarter, a period that has tended to be weaker in recent years, and job gains cooled in March, a pickup is expected in the months ahead, fuelled in part by the Trump administration`s tax cuts and fiscal stimulus.

The economy is now in its second-longest expansion since World War Two. The unemployment rate is at a 17-year low of 4.1 percent, below the Fed`s longer-run estimate of what constitutes full employment, and there are signs wages are moving firmly higher after an extended period of sluggishness.

The Fed`s policy statement made no mention of the economic risks posed by mounting trade tensions between the United States and other nations, particularly China. Fed policymakers had flagged the potential negative impact of the conflict in recent public comments, but adopted a wait-and-see attitude.