The central bank also adjusted its macroeconomic projections, reducing its economic growth forecast for 2020 from 2.2 to 2 per cent and stating that it expected unemployment to remain at 3.6 percent this year and end next year at 3.5 per cent. 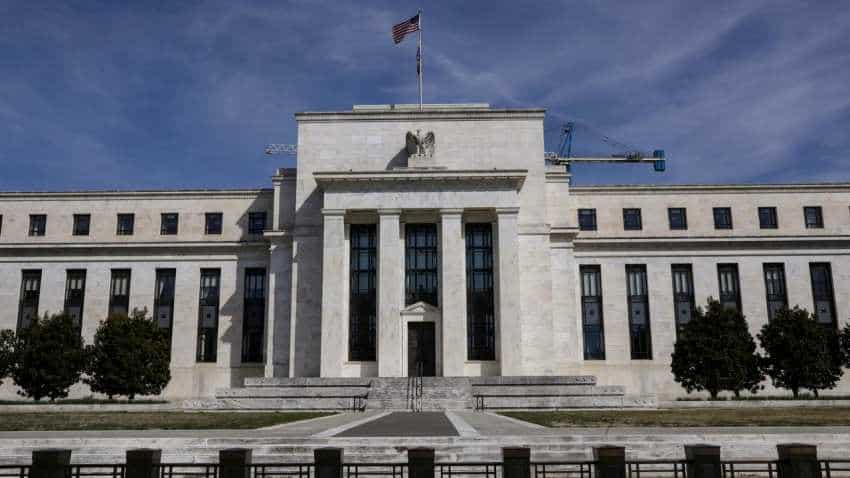 The US Federal Reserve has decided to leave interest rates unchanged at between 1.5-1.75 per cent after undertaking consecutive rate reductions at each of its three earlier meetings this year, emphasizing what it called the good health of the American economy.

The decision was made on Wednesday unanimously by the Fed`s Open Market Committee (FOMC) and had been anticipated by most analysts in advance of the central bank`s meeting, reports Efe news.

The FOMC members said at the close of its two-day meeting that "the current stance of monetary policy is appropriate to support sustained expansion of economic activity, strong labour market conditions, and inflation near the Committee`s symmetric 2 percent objective".

The FOMC also said that the economy continues to grow moderately, pushed by strong consumer spending, although it added that business investment and exports show "weakness".

Rahul Gupta, Head of Research - Currency, Emkay Global Financial Services explains, “The Fed’s policy decision was in line with market expectations, the Fed left the fed fund rate unchanged at 1.5-1.75% after cutting the benchmark index three times. However, the central bank removed an earlier reference to “uncertainties” and said that it will continue to monitor the implications of data for the economic outlook “including global developments and muted inflation pressures. This has eased the recessionary fears despite the prolonged US-China trade war, and has led to a surge in risk appetite. The US 10-year yields. Dollar index declined post the policy outcome. This, will have a positive impact on rupee, however, it will be on an edge until ahead of Sunday, when additional Chinese exports to the US are set to kick in. USD/INR range has come back to 70.50-71.50 for short term, 70.50 will act as a strong support and we can see some reversal from there towards 71 and plus levels.”

The central bank also adjusted its macroeconomic projections, reducing its economic growth forecast for 2020 from 2.2 to 2 per cent and stating that it expected unemployment to remain at 3.6 percent this year and end next year at 3.5 per cent.

At a Washington press conference after the meeting and FOMC announcement, Fed Chairman Jerome Powell said his preference would be to allow inflation to rise and maintain itself above the US central bank`s target before contemplating future interest rate hikes.

"In order to move rates up, I would want to see inflation that`s persistent and that`s significant," Powell said.

"A significant move up in inflation that`s also persistent before raising rates to address inflation concerns: That`s my view," he added.

The meeting came after repeated criticism of Fed policy by President Donald Trump, who has castigated the bank for acting too slowly in reducing the price of money and has said that interest rates should be put at around zero to stimulate economic growth.