The change in the Fed`s tone lines up with other major central banks which have recently turned dovish, influenced by increasing concerns of a global economic slowdown and political uncertainties like Brexit and the U.S.-China trade war. 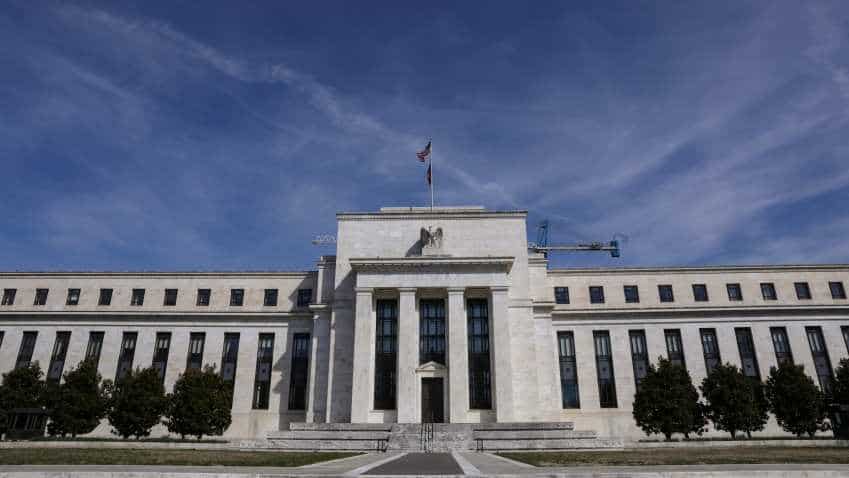 The Fed`s preferred measure of inflation is close to the 2 percent target and is not expected to show any significant pick up anytime soon. Image source: Reuters
Written By: Reuters
RELATED NEWS

The US Federal Reserve is done raising interest rates until at least the end of next year, according to economists in a Reuters poll who gave a 40 percent chance of at least one rate cut by end-2020. The Fed left its federal funds rate on hold last week as expected, but its "dot plot" projections shifted and now suggest no hikes in 2019 compared with two in December. A Reuters poll taken just two weeks ago predicted one hike this year.

The change in the Fed`s tone lines up with other major central banks which have recently turned dovish, influenced by increasing concerns of a global economic slowdown and political uncertainties like Brexit and the U.S.-China trade war.

While the Fed`s projections show one rate hike next year, the latest Reuters poll of over 100 economists taken after the March 19-20 central bank meeting showed the fed funds rate will stay at the current range of 2.25-2.50 percent until at least end-2020.

A smaller sample of economists with an end-2021 view predicted no change by then either. "The most dramatic development of the year to date has not been on either trade policy or politics. Rather, it is the Fed`s full-throated embrace of a monetary stance more dovish than many market participants had been expecting," noted Ajay Rajadhyaksha, head of macro research at Barclays.

"We do expect U.S. inflation to exceed 2 percent, but not by much and not early enough to force a tightening within our 2019-20 forecast horizon. We therefore now forecast the Fed to leave the policy rate on hold through 2020."

Only three economists in the poll predict at least one rate cut this year. But the yield spread between U.S. three-month Treasury bills and 10-year notes has already inverted, suggesting a recession is likely in one to two years.

The Fed`s preferred measure of inflation is close to the 2 percent target and is not expected to show any significant pick up anytime soon. The U.S. economy, which slowed more than initially thought in the fourth quarter, is expected to slow further over the next three years.

Over one-third of contributors with an end-2020 view have now pencilled in at least one rate cut by the end of next year compared to around one-quarter of them in the previous poll.

When asked on the probability of a rate cut by end-year, the median of those responding to an additional question was 20 percent. But that jumped to 40 percent for end-2020.

About one-third predicted a greater than 50 percent chance of lower rates by the end of next year, with the highest forecast at 100 percent.

"While not our core view, the odds of a rate cut...(are)significant given the Fed`s reaction function has shifted towards guarding against downside risks," said Eugene Leow, rates strategist at DBS.

Still, nearly a quarter of respondents expect the Fed to raise rates at some point this year on hopes of an economic revival, contradicting the central bank`s latest view.

But the fed funds futures market has completely priced out any rate hike over the next two years, despite a recovery in U.S. stocks after a deep sell-off late last year.

"For now, the Federal Reserve is still signalling a bias to tighten policy given the rate hike pencilled into 2020," said James Knightley, chief international economist at ING.

"But with a presidential election later in the year (2020) and President Trump keen to gain political capital out of challenging the Fed on any rate hikes, we are sceptical that would happen."