The U.S. Federal Reserve on Wednesday held interest rates steady and signaled little appetite to adjust them any time soon, taking heart in continued job gains and economic growth and the likelihood that weak inflation will edge higher. 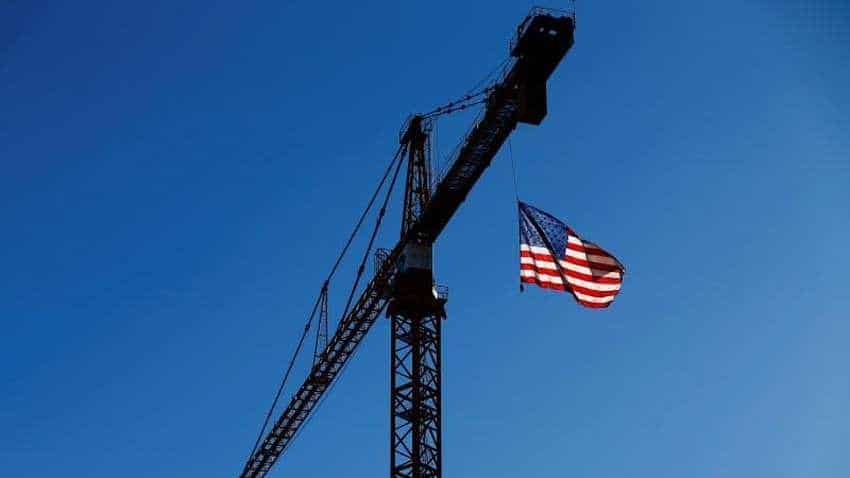 The federal funds rate is the amount banks charge each other for overnight loans, and is the rate the Fed targets as its main way of controlling other borrowing costs in the economy. Reuters
Written By: Reuters
RELATED NEWS

The U.S. Federal Reserve on Wednesday held interest rates steady and signaled little appetite to adjust them any time soon, taking heart in continued job gains and economic growth and the likelihood that weak inflation will edge higher. "We think our policy stance is appropriate at the moment; we don’t see a strong case for moving it in either direction," Fed Chairman Jerome Powell said in a press conference following the end of the central bank`s latest two-day policy meeting.  Overall, he said, "I see us on a good path for this year."

Fed policymakers said ongoing economic growth, a strong labor market and an eventual rise in inflation were still "the most likely outcomes" as the U.S. expansion nears its 10-year mark. "The labor market remains strong economic activity rose at a solid rate" in recent weeks, the Fed said in a policy statement a day after President Donald Trump called on it to cut rates by a full percentage point and take other steps to stimulate the economy.
The policy statement, and particularly Powell`s insistence the Fed saw no compelling reason to consider a rate cut in response to weak inflation, prompted a modest selloff in stock markets and pushed bond yields higher. The S&P 500 index fell 0.75 percent, its largest daily decline since mid-March. Interest rate futures also reversed direction, signaling a lower degree of confidence the next Fed move would be a rate cut, exactly the point Powell was driving at in a "stay-the-course" message, said analysts at Cornerstone Macro.

"Nothing of what the Federal Open Market Committee did today should be read as a signal that a future change in policy is coming."  The Fed also trimmed the amount of interest it pays banks on excess reserves to 2.35 percent from 2.40 percent in an effort to ensure its key overnight lending rate, the federal funds rate, remains within the current target band. The chief concern flagged in the policy statement was the currently "muted" level of inflation, which continues to fall short of the Fed`s 2 percent target. The statement suggested a recent decline in inflation may be more persistent than expected, and was no longer to be blamed simply on falling energy prices.

The most recent data showed a measure of underlying inflation running at 1.6 percent, which would be a problem if it meant households and businesses had doubts about the economy`s strength and were less willing to spend and invest. Powell told reporters the decline in so-called core inflation was likely mostly due to transient factors, and he predicted it would rise back to the 2 percent target.  "If we did see inflation running persistently below (the target), that is something that we would be concerned about and something that we would take into account in setting policy," he said.

But for now, the Fed chief said, low inflation allows the central bank to be "patient" in deciding on any further changes to its overnight benchmark lending rate, which it left in a range of 2.25 percent to 2.50 percent on Wednesday. "He is making the case that a rate increase is possible, not a foregone conclusion it`s a cut only," said Brian Battle, director of trading at Performance Trust Capital Partners in Chicago. The Fed raised rates four times in 2018 and, as late as December, had anticipated further rises in borrowing costs this year. Early this year it halted its tightening campaign on concerns about weak data in the United States and abroad.

The federal funds rate is the amount banks charge each other for overnight loans, and is the rate the Fed targets as its main way of controlling other borrowing costs in the economy. It neared the upper end of the target range last week, prompting the change in the interest paid on excess reserves. Wednesday`s policy decision was unanimous, a sign that the Fed remains steady in its pledge to keep interest rates unchanged until incoming economic data provide a compelling reason to do otherwise.