The trade tension brewing between the world`s two largest economies hit global markets, with shares of industrial companies with exposure to Chinese markets, such as Boeing Co and Deere & Co, among the hardest hit. 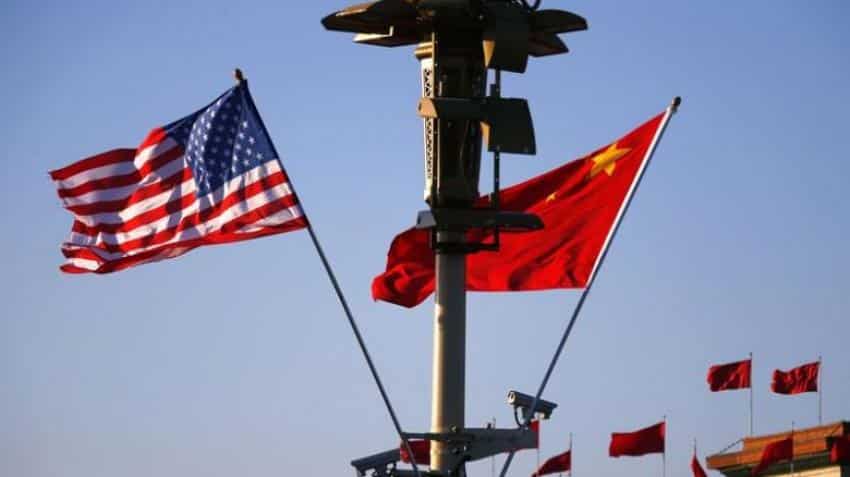 China on Wednesday hit back at U.S. President Donald Trump`s plan to impose tariffs on $50 billion of Chinese imports, proposing additional tariffs of 25 percent on 106 categories of U.S. goods, from soybeans to autos, chemicals and some kinds of aircraft.

The trade tension brewing between the world`s two largest economies hit global markets, with shares of industrial companies with exposure to Chinese markets, such as Boeing Co and Deere & Co, among the hardest hit.

The following are some of the possible winners and losers among U.S. companies and sectors:

* Ford said it encouraged both governments to work together to resolve issues.

BOEING & INDUSTRIALS
* Aircraft maker Boeing Co closed down 1 percent, weighing the most on the Dow Jones Industrial Average as documents from China`s Ministry of Commerce and the U.S. manufacturer showed the move would affect some older Boeing narrowbody models. It was not immediately clear how much the tariffs would impact its newer aircraft.

* Boeing said it was assessing the situation while analysts from JP Morgan said the proposals from China looked to have been calibrated carefully to avoid a major impact on the planemaker.

* Fellow Dow component 3M Co lost as much as 2.4 percent before rebounding to end 0.6 percent higher.

* Farming equipment maker Deere lost nearly $10 per share at its lowest. The company urged the two countries to work toward a resolution to "limit uncertainty for farmers and avoid meaningful disruptions to agricultural trade." The stock ended 2.9 percent lower at $148.57.

TECH MAJORS
* The S&P 500 technology sector, which has the biggest revenue exposure to China among the benchmark`s 11 major sectors, dipped 0.5 percent before rebounding to end 1.3 percent higher.

* Chip stocks were among the worst-hit in the sector with Intel Corp and Nvidia Corp both falling before retracing losses to end narrowly higher. Broadcom Ltd ended the day nearly flat at $236.99. China`s position as an assembly hub for electronic devices makes it the biggest consumer of semiconductors.

* Cisco Systems Inc closed slightly higher at $41.20, but said it was "analyzing the impact of these tariffs on Cisco and reviewing plans to minimize the impact on our business, our customers and our partners," company spokeswoman Robyn Blum told Reuters.

WHISKEY
* Brown-Forman Corp, the maker of Jack Daniel`s whiskey, slipped about 1 percent before recovering to close up 1.3 percent to $54.71 after whiskey was singled out as the only spirit on which China planned to impose more tariffs.

* The Distilled Spirits Council, a U.S. industry group, asked the United States and China to reach a resolution without subjecting American whiskey to more tariffs, which it said would harm Chinese consumers, its hospitality sector and U.S. whiskey exporters. The Council also said U.S. whiskey accounted for nearly 70 percent of the total U.S. spirits exported to China, by value, in 2017.

COMMODITIES & CHEMICALS
* DowDuPont Inc said its agriculture unit could be affected by the escalating conflict, warning of price declines for soybeans, and a negative impact on U.S. farmers. Shares closed up about 0.6 percent at $63.69.

* The American Chemistry Council (ACC) - which counts Exxon, Chevron, Monsanto and others as its members - urged the United States and China to come to an understanding. "Engaging in a trade war with one of our country`s most significant trading partners is not the answer," said ACC Chief Executive Officer Cal Dooley.

WINNERS
* U.S. meat processor Tyson Foods Inc, meat exporter Hormel Foods Corp rose on the prospect of a drop in prices of soybean - a key feedstock - following higher Chinese tariffs on U.S. exports. Tyson closed up 2.3 percent at $71.54, and Hormel ended the day at $35.87, a gain of 4.8 percent.