The US President has postponed for six months a decision on whether to slap tariffs on imports of automobiles and auto parts from trading partners such as the European Union and Japan, the White House said in a statement. 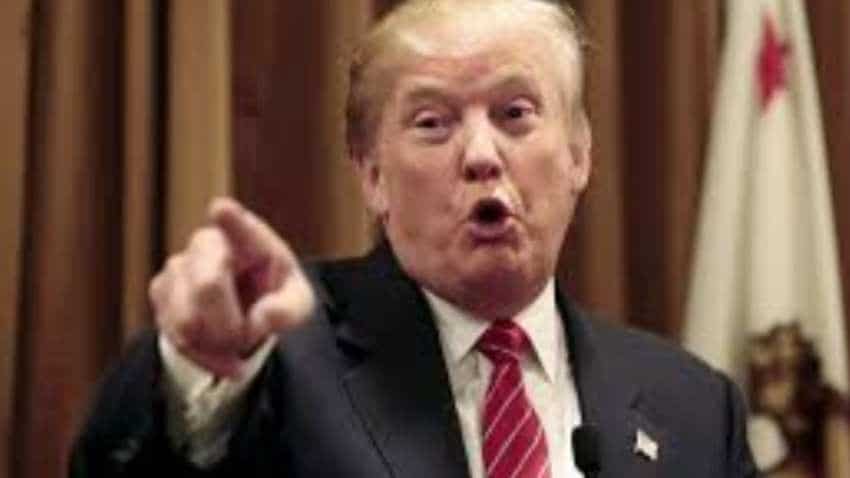 The statement said Donald Trump made his decision after extensively reviewing a report that the Commerce Department had delivered to him on February 17. Image source: Reuters

The US President has postponed for six months a decision on whether to slap tariffs on imports of automobiles and auto parts from trading partners such as the European Union and Japan, the White House said in a statement. Although Donald Trump made the widely expected choice not to impose tariffs immediately, the statement on Friday said he "took historic action" in issuing a proclamation that directs the US trade representative to negotiate agreements to address a national security threat that is causing harm to the US automobile industry.

The statement said he made his decision after extensively reviewing a report that the Commerce Department had delivered to him on February 17, reported Efe news agency. That report concluded that imports of automobiles and certain components could impair US national security because the country`s "defense and military superiority" depend on the competitiveness of the national automobile industry and the research and development it generates, the White House said.

"The negotiation process will be led by United States Trade Representative Robert Lighthizer and, if agreements are not reached within 180 days, the President will determine whether and what further action needs to be taken," the statement read. Trump, who faced a Saturday deadline to make a decision, has provided relief to global markets by putting it off for 180 days.

Since taking office in January 2017, Trump has defended tariffs as an effective strategy for gaining influence in trade negotiations. But the President was warned by experts and the US auto industry that he is running the risk of provoking new global trade confrontations at a time when Washington has hit China with an increase in tariffs from 10 per cent to 25 per cent on $200 billion worth of Chinese goods and Beijing has threatened to retaliate soon with tariffs on $60 billion in US imports.

The potential auto tariffs are strongly opposed by the Congress, including political allies of Trump, and have prompted the chairman of the Senate`s Finance Committee, Republican Chuck Grassley, to demand that the White House provide him with the Commerce Department`s report.

The Trump administration has refused the request. On Friday, Grassley said on Twitter that the decision to postpone a decision on auto tariffs was a wise move. Last year, Trump posed a 25 per cent tariff on imports of steel and a 10 per cent tariff on imports of aluminum from the EU, China, Canada, Mexico, Russia and other countries, making the decision after the Commerce Department found that those imports eroded the US`s industrial base and posed a threat to national security.

The Auto Alliance, a Washington-based trade group comprising automobile manufacturers that operate in the US, staunchly opposes tariffs on imports of vehicles and auto parts. "Imposing tariffs on imported vehicles and parts would be a mistake, with significant negative consequences" for the auto industry and its employees," it said in a statement this week.

The EU also says it has drawn up a list of US products that could be subject to retaliatory tariffs if the Trump administration carries out its threat. Separately, Japan`s government said on Friday it is confident the US will not put a cap on imports of Japanese automobiles amid frictions between the two countries during negotiations to finalize a bilateral trade agreement.

Among its negotiating objectives, Washington wants "fair and more equitable trade in the motor vehicle sector," including provisions designed to increase production and jobs in the US.