The United States is preparing to impose 15 per cent tariffs on Chinese imports valued at roughly $112 billion, a rate five per cent points higher than President Donald Trump had initially threatened on Aug 1. 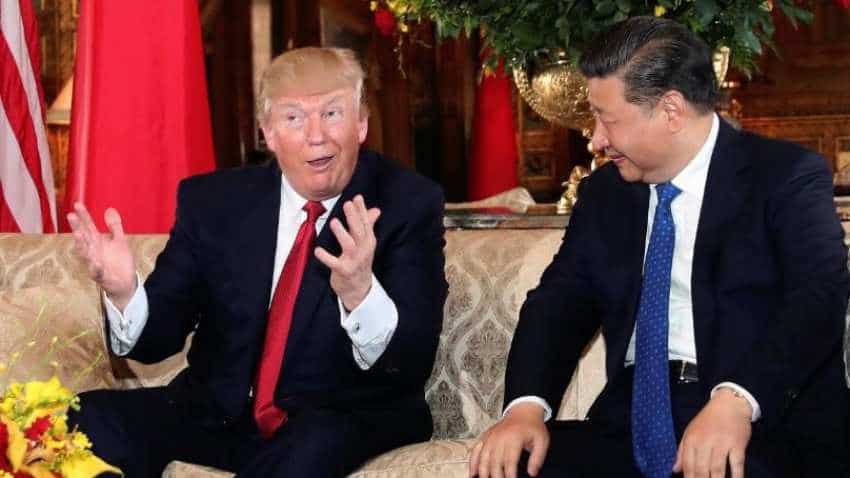 The United States is preparing to impose 15 per cent tariffs on Chinese imports valued at roughly $112 billion, a rate five per cent points higher than President Donald Trump had initially threatened on Aug 1. According to the Office of the US Trade Representative, those tariffs will go into effect at 12.01 a.m. Sunday, Efe news reported. The Chinese products affected by the punitive taxes include clothing, footwear and school supplies.

The Trump administration also has vowed to impose 15 per cent (up from an initial 10 percent) tariffs on Dec 15 on smartphones, laptops, video games and other consumer goods valued at around $160 billion. Although the president had initially threatened to apply tariffs on those products on Sept 1, he later delayed them until mid-December so they do not adversely affect the holiday shopping season.

Trump announced a pair of tariff increases on Aug 23 in retaliation for tariffs imposed by China. One affected imports of $250 billion worth of products that are used mainly by businesses and which began to be hit with 25 per cent tariffs starting in July 2018. mThe other increase affected the consumer products that were subject to a 10 per cent tariff threat on Aug 1.

Trump also said in a tweet on Aug 23 that the US "has lost, stupidly, Trillions of Dollars with China over many years. They have stolen our Intellectual Property at a rate of Hundreds of Billions of Dollars a year, & they want to continue. I won`t let that happen!" "We don`t need China and, frankly, would be far better off without them. Our great American companies are hereby ordered to immediately start looking for an alternative to China, including bringing your companies HOME and making your products in the USA," he added.

According to a report by economist Chad Brown of the Peterson Institute for International Economics, 50.6 per cent of Chinese imports are currently affected by tariffs imposed by the Trump administration. Once the 15 per cent tariffs on the $112 billion worth of imports go into effect Sunday, that percentage will grow to 68.5 per cent. Should 15 per cent tariffs go into effect on Dec 15 on the batch of roughly $160 billion worth of consumer electronics, around 96.8 per cent of Chinese imports would be subject to punitive taxes.

Trump`s Aug 23 announcement of tariff hikes came after China said earlier that day that starting Sept. 1 it would retaliate against the US by imposing 5 percent and 10 percent tariffs on $75 billion worth of American goods - mainly agricultural and automotive products imported from states that could be important to the US president`s re-election bid next year. Trump launched the trade war as part of his "America First" bid to lower a wide trade deficit with China, but the tariffs imposed thus far have barely made a dent in that gap.