The US government has toughened its stance on the sale of companies to Chinese entities, at a time when Trump is trying to put pressure on China to help tackle North Korea`s nuclear ambitions and be more accommodative on trade and foreign exchange issues. 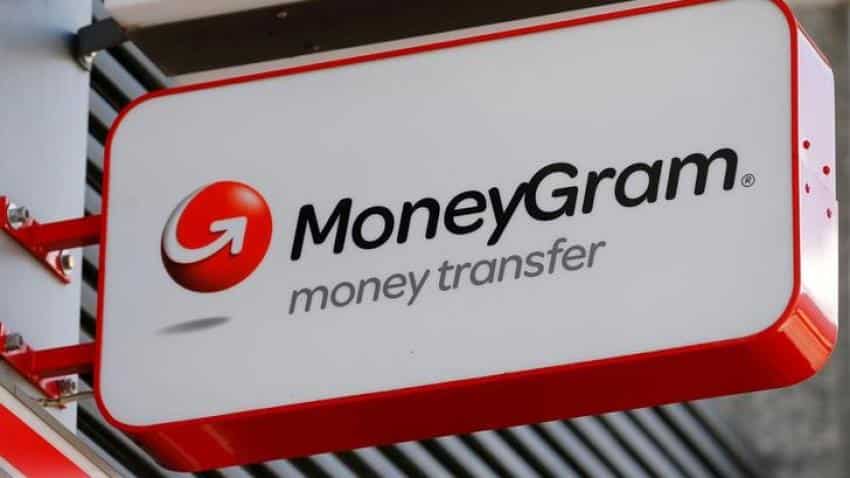 A Moneygram logo is seen outside a bank in Vienna. Image source: Reuters
RELATED NEWS

Ant Financial`s plan to acquire U.S. money transfer company MoneyGram International Inc collapsed on Tuesday after a U.S. government panel rejected it over national security concerns, the most high-profile Chinese deal to be torpedoed under the administration of U.S. President Donald Trump.

Ma, a Chinese citizen who appears frequently with leaders from the highest echelons of the Communist Party, had promised Trump in a meeting a year ago that he would create 1 million U.S. jobs.

The companies decided to terminate their deal after the Committee on Foreign Investment in the United States (CFIUS) rejected their proposals to mitigate concerns over the safety of data that can be used to identify U.S. citizens, according to sources familiar with the confidential discussions.

"Despite our best efforts to work cooperatively with the U.S. government, it has now become clear that CFIUS will not approve this merger," MoneyGram Chief Executive Alex Holmes said in a statement on Tuesday.

The U.S. government has toughened its stance on the sale of companies to Chinese entities, at a time when Trump is trying to put pressure on China to help tackle North Korea`s nuclear ambitions and be more accommodative on trade and foreign exchange issues.

The MoneyGram deal is the latest in a string of Chinese acquisitions of U.S. companies that have failed to clear CFIUS, including the $1.3 billion purchase by China-backed buyout fund Canyon Bridge Capital Partners LLC of U.S. chip maker Lattice Semiconductor Corp.

Asked on Wednesday for Beijing`s view on the deal`s rejection, a Chinese Foreign Ministry spokesman said cooperation on economic and trade matters was of mutual benefit.

“We hope the U.S. can create a fair and predictable environment for Chinese enterprises to invest and start up businesses,” the spokesman said.

However, commentary published after the deal`s collapse by official news agency Xinhua went further, describing a fading bonhomie between the two countries, with the United States "stuck in a zero-sum mentality".

"China and the United States are about to ride a bumpy journey in trade in 2018 if the U.S. government goes its own way, and retaliatory measures by China could be on the table," it said.

The MoneyGram deal`s demise is also the latest example of how CFIUS` focus on cyber security and the integrity of personal data is prompting it to block deals in sectors not traditionally associated with national security, such as financial services.

The U.S. Treasury said it is prohibited by statute from disclosing information filed with CFIUS and declined to comment on the MoneyGram deal.

SkyBridge and HNA did not immediately respond to requests for comment.

Dallas-based MoneyGram has approximately 350,000 remittance locations in more than 200 countries. Ant Financial was looking to take over MoneyGram not so much for its U.S. presence but to expand in growing markets outside of China.

Ant Financial and MoneyGram said they will now explore and develop initiatives to work together in remittance and digital payments in China, India, the Philippines and other Asian markets, as well as in the United States. This cooperation will take the form of commercial agreements, one of the sources said.

Any arrangements reached by Ant Financial and MoneyGram that do not involve a transaction would not be subject to review by CFIUS.

"What is more likely to happen at this point is that MoneyGram will sell to another company, and one company that has shown interest in the past is Euronet," said Gil Luria, an equity analyst at D.A. Davidson & Co.

Ant Financial agreed an $18 per share all-cash deal to acquire MoneyGram in April, seeing off competition from U.S.-based Euronet Worldwide Inc, which had made an unsolicited offer for MoneyGram and openly lobbied U.S lawmakers, saying Ant`s proposal created a national security risk.

"Euronet continues to believe there is compelling commercial logic to a combination between Euronet and MoneyGram. However, significant developments have been disclosed by MoneyGram since Euronet`s offer, and Euronet has not conducted any evaluation of the business in that time. While we continue to view a transaction with MoneyGram as logical, there is no guarantee any offer will be made or any transaction will ultimately occur," Euronet said in a statement.