US auto sales fall in October as boom slows 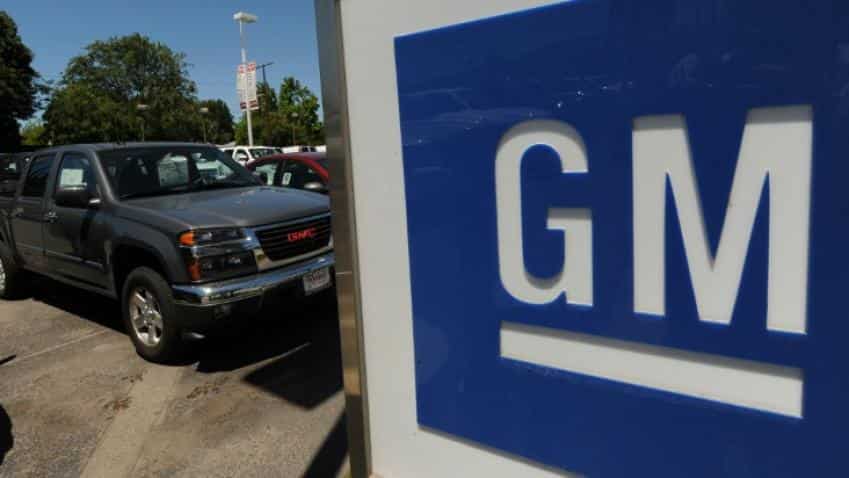 Total vehicle sales for the month fell 4.4% below the same month last year to 1.39 million units, according to figures produced by Autodata. Image Source: AFP

US auto sales fell in October, in a fresh sign of slowing in the industry as American automakers struggle to maintain recent high levels of demand.

Total vehicle sales for the month fell 4.4% below the same month last year to 1.39 million units, according to figures produced by Autodata.

That left sales for the year to date down 0.1% below last year, pointing to a likely full-year decline for the industry after a record 2015.

General Motors (GM), the biggest US automaker, reported on Tuesday that sales dropped 1.7% compared to October 2015, with 258,626 vehicles sold.

Ford, the second largest automaker, delayed its sales report until later in the week, due to a fire at its headquarters which disrupted power at its main data centers.

But estimates from Autodata put the company's monthly sales down 2.3% at 208,259 units.

FCA US, the American arm of Fiat-Chrysler, reported a 10% decline. Toyota sales were down 8.7%, Honda's sales were also down 4.2% while Volkswagen, which recently concluded a $14.7 billion settlement over its diesel emissions scandal, saw sales drop 18.5% for the month.

Analysts had expected US car sales to decline in October because it contained fewer selling days compared to last year, weather disruptions from Hurricane Matthew in the southeast and fewer incentives offered to buyers.

GM said its retail sales were a bright spot, with sales to individual buyers, rather than corporate or rental fleet sales, up 2.5% in October compared to last year.

The company said the average transaction price for its key GMC brand of pickup trucks and sports utility vehicles (SUVs) climbed by more than $1,800 over the year-ago period, even though unit sales dropped 4.7%.

"We gained profitable retail share in October while spending less than the industry average on incentives and commanding the industry's best average transaction prices for any full-line automaker," Kurt McNeil, GM's vice president of US sales operations, said in a statement.

Some carmakers have reportedly cut back production amid signs of softening in demand, after years of gains and a record 2015.

There are hopeful signs still for a strong end to the year, when dealers offer promotions on older models. JD Power and LMC Automotive predicted a 0.8% slide year-over-year in sales, still close to all-time highs.

"We do not foresee a large pullback in sales in the near term, but the fact that retail sales are beginning to contract, despite high incentives and extremely low interest rates and gas prices, is a clear indicator that this cycle has reached its peak," JD Power senior automotive analyst John Humphrey said in a statement.

Despite loss due to emission scandal, top executives will be paid Rs 479 crore for 2015: Volkswagen