US antitrust panel to probe tech giants like Facebook, Google, Apple, Amazon, among others, over stifling competition

In a stern warning to tech giants, the US House antitrust committee has opened probes into Facebook, Google, Apple, Amazon and other tech giants to determine if they prevent competition and hurt consumers. 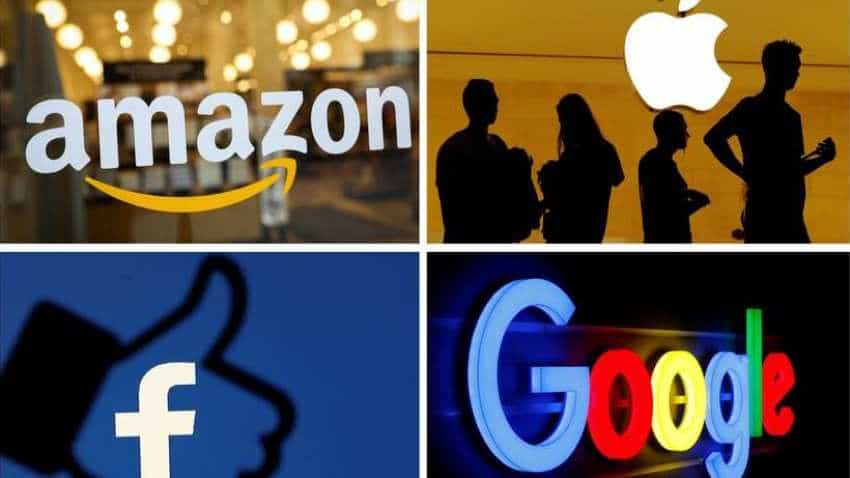 Shares of Amazon, Google and Facebook tumbled after the reports. Image source: Reuters

In a stern warning to tech giants, the US House antitrust committee has opened probes into Facebook, Google, Apple, Amazon and other tech giants to determine if they prevent competition and hurt consumers. According to a report in Digital Trends on Monday, the investigation`s core is the idea that "the Internet is broken".

"The open Internet has delivered enormous benefits to Americans, including a surge of economic opportunity, massive investment, and new pathways for education online," House Judiciary Chairman Jerrold Nadler (D-NY) was quoted as saying. "But there is growing evidence that a handful of gatekeepers have come to capture control over key arteries of online commerce, content, and communications," he added.

Shares of Amazon, Google and Facebook tumbled after the reports. According to The New York Times, the Department of Justice (DOJ) will handle Apple and Google while the US Federal Trade Commission (FTC) will take Facebook and Amazon.

"Silicon Valley has faced fierce criticism in recent years over disinformation, privacy breaches and the misuse of data. President Trump regularly criticises the power of the companies, as do several Democrats running for president," said the NYT report.

The announcement comes at a time where major tech companies face increased scrutiny on privacy violations. Facebook is already under investigation by the US FTC over its handling of user data. The social networking platform is expecting a fine of up to $5 billion.

According to the Wall Street Journal, the FTC previously closed an investigation of Google without taking action but now the DOJ will take another look into Google`s practices in Search and other areas.