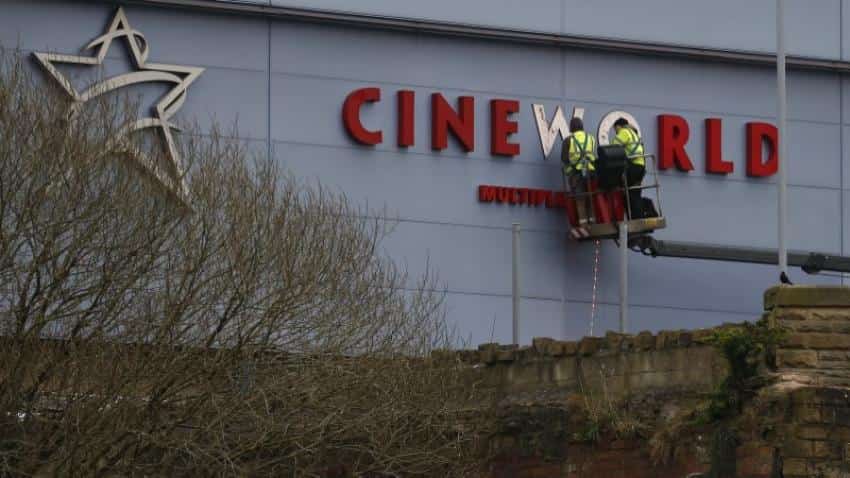 The takeover would put the combined company in a better position to take on industry leader AMC Entertainment Holdings Inc , and give it more scale to fight growing competition from Netflix Inc, Apple Inc and other digital outlets.

Regal is three times larger than Cineworld by market value and the combined company would have about 9,542 screens, with 7,315 screens in the United States.

Movie theatres have been struggling to win back viewers as competition from digital streaming platforms draws movie-goers away.

Greidinger said he expects to boost margins and revenue at Regal, adding that Cineworld currently has margins of 22 percent, while Regal has margins of about 19.6-19.7 percent.

Rival AMC is majority owned by China`s Dalian Wanda Group which has bought a slew of cinema assets around the world, including taking a controlling stake in U.S. film studio Legendary Entertainment last year.

The approach by Cineworld was considered well-timed as shares in the U.S. company have plunged more than 20 percent over the last year on concerns over stagnant admissions at theatres.

The deal value of $23 per Regal share represents a premium of about 12 percent to Regal`s closing price on Monday and implies an enterprise value - equity plus debt - of $5.8 billion.

Regal shares have risen 13.6 percent since Reuters first reported in November that Cineworld had approached Regal over a potential deal. Cineworld shares have fallen about 20 percent in the period.

Cineworld said it expected the deal to "strongly" add to earnings in the first full year following completion, currently expected in the first quarter of 2018.

The combined company is expected to deliver pre-tax benefits of $100 million, as well as additional annual benefits of $50 million, the companies said.

Cineworld said it expected to fund the deal through a rights issue to raise about 1.7 billion pounds ($2.3 billion), with the rest provided by committed debt facilities and existing cash.

Cineworld expects to be able to maintain its existing dividend policy after the deal closes.

While the deal provided a step-change in profitability and cash flow for Cineworld, "the long-term investment proposition had fundamentally changed as a result of higher debt and earnings becoming heavily dominated by mature markets," Peel Hunt analysts wrote.

Cineworld shares were down 2.5 percent, while Regal shares were up 6.1 percent in pre-market trading.