The Treasury, which was unavailable for comment, had hoped for an early summer deadline to detail its bailout plan, but several sources involved in discussions over the plan said that timeline appeared too ambitious. 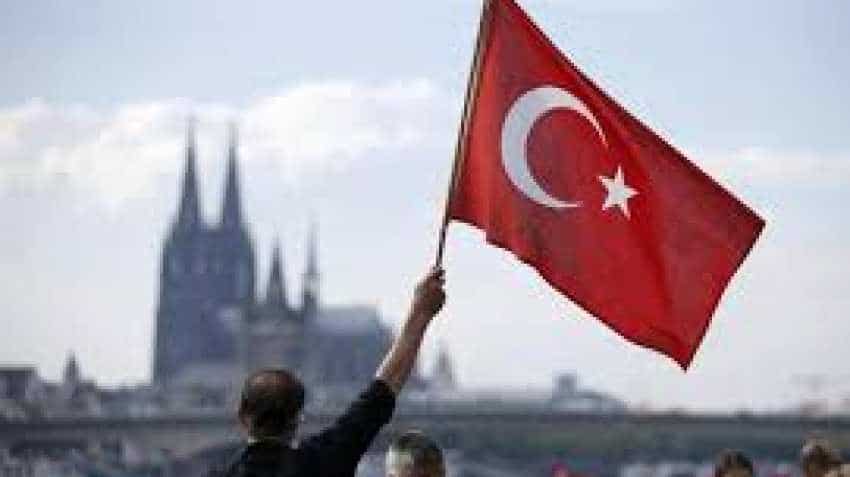 One hurdle facing the bailout plan is the likely need for legal amendments so that banks can sell distressed loans. Photo: Reuters
Written By: Reuters
RELATED NEWS

Turkey`s plan to clean up some $13 billion in bad energy loans, one of the worst hangovers from last year`s currency crisis, is taking shape even as some banks hold out for the government to agree to safeguards and higher electricity prices. According to interviews with more than a dozen bankers, investors, advisers and company executives, Ankara is working with lenders to craft legislation that would protect them from sharp losses as the debt is removed from their books, safely packaged a funds, and sold to foreign investors perhaps after a couple of years. The stakes are very high as Turkey takes the first of several steps needed to emerge from recession and halt a renewed selloff in the Turkish lira, including fixing its vast but troubled real estate and construction sectors.

How quickly and credibly it can execute the energy-sector bailout could determine whether the largest economy in the Middle East steadies its currency and returns to growth later this year, or it fails to gain the confidence of investors and risks another crisis that roils other emerging markets. Big foreign investors such as Cerberus Capital Management and KKR have already sent officials to Istanbul with an eye to buying cheap distressed loans, even while the government is still pressing Turkish banks to accept its plan, according to several of the people who spoke to Reuters, some of whom requested anonymity.

"Only a couple of the banks are going forward in the process while other banks see serious drawbacks ... and they want to avoid being part of it," said one banker involved in discussions of the plan. An immediate goal of President Tayyip Erdogan`s government is to free up lending. Some Turkish banks have taken that as a sign the final bailout plan will limit their losses, and they are holding out for more details. That go-slow approach was evident in a meeting with Goldman Sachs, Deutsche Bank and investors such as Bain and Cerberus in Istanbul on Thursday, at which three attendees said Turkish bankers were in no rush to sell their non-performing loans (NPLs).

The government has so far revealed little about its plan beyond an outline presented last month by Finance Minister Berat Albayrak, who said off-balance sheet funds would be created for bad energy loans and, separately, $4.9 billion would be injected into state banks. Last week, Garanti Bank executive Ebru Edin put a $12-13-billion price tag on the loans requiring restructuring and said an umbrella fund-of-funds would oversee them. Some think the value is even higher. Two of the sources told Reuters that Albayrak and other Treasury officials presented their working plan to top bankers at a meeting in April. As part of it, the government would raise electricity prices by some margin though not as high as banks urged, and the fund-of-funds would be structured in a way that pools the gas and coal plants for a possible sale once the economy and energy demand recover, two separate sources said.

The Treasury, which was unavailable for comment, had hoped for an early summer deadline to detail its bailout plan, but several sources involved in discussions over the plan said that timeline appeared too ambitious. This is because questions linger over the way the loans would be parcelled, funded and legally protected; the government`s willingness to raise power prices during a campaign ahead of June 23 Istanbul elections; and the level of risk Ankara is willing to take on the assets. "It had been discussed that the work on the fund could be completed within a month. But banks needed additional regulations and this is being discussed right now," said a second banker.

At the heart of Turkey`s economic malaise is years of cheap foreign funding that created a construction-driven boom under Erdogan. Once the lira collapsed last year, firms could not pay off debts, and that in turn exposed lenders that hold the loans. Only about $16 billion of the total $400 billion of loans in Turkey`s banking sector had been restructured as of March. Some analysts expect its NPL ratio to double by year-end to 8%. Adding urgency to the bailout of gas and coal companies, Turkey`s currency continues to fall after having shed nearly 40% of its value against the dollar since 2017. The companies took on some $70 billion in foreign-currency loans over the last decade, one third of which have been repaid.

The loans financed an almost doubling of Turkish electricity production capacity from 2007 to 2017, and a privatisation of grids. But sluggish demand and a 40% drop in prices in dollar terms in the last five years have left many of the gas and coal plants operating deep in the red, sources said. It remains unclear what immediate impact the bailout would have on Turkey`s $156 billion annual budget, in part because many of the companies are privately-held. "Carving out NPLs from banks is no free lunch," said Edward Parker, managing director Fitch Ratings and head of the group that covers Turkey.

He said that if banks need cleaning up and re-capitalizing, that is a good thing for the economy even if it costs money. "The flip side is if there is a big cost then that ... can weigh on the sovereign credit," Parker said. The working plan Albayrak presented last month emerged from four possible options floated by bankers and company executives in discussions earlier this year, according to two people familiar with them. They ranged from hiking power prices and leaving the loans parked at banks, which lenders dismissed, to transferring ownership of the plants to a state electricity producer, which the government dismissed.

One of the two sources said Treasury officials would not consider raising power prices, at $44 per MW/h last year, until after nationwide local elections on March 31 that handed Erdogan`s AK Party shock defeats in Ankara and Istanbul, which is now being re-run. Banks have said raising prices is the only way distressed gas and coal plants can generate income. "Banks don`t want to end up owning any plants, they think it will be hard to sell plants. And the government doesn`t want to bear the brunt of burden sharing," said one of the people familiar with the talks.

One hurdle facing the bailout plan is the likely need for legal amendments so that banks can sell distressed loans.  A change under consideration is legislation allowing lenders to count any debt write-down against taxes, three sources said, while two of them said a similar law could be drawn up on recapitalisation of such assets. Ankara may also need to consider other provisions to force companies and banks to recognise losses. Bankers and advisers told Reuters it would take more than a few months to legislate all these changes. "I don`t think there`s a plan they could implement in June or July," one source said. Another said banks "want to extend this process as long as they could because they don`t want loan losses realized in a single year."

At the Thursday meeting to discuss problem loans with foreign investors, Turkish bankers said they were for now focused on restructurings. Is Bank, Akbank and Garanti Bank were among the Turkish banks there. The meeting attendees and other interested investors declined to comment for this article or were not available. Yet foreign investors and bankers have been inquiring about the NPLs for months. "We are in detailed discussions with Turkish banks on a range of their exposures," said David Beckett, head of Europe at SC Lowy, a secondary loan and high-yield bond trader. Joseph Julian, managing director in the region for U.S. investment bank Houlihan Lokey, said one barrier to Turkey attracting foreign capital is "questions about how the government will incentivise banks to move their loans off balance sheet, as many lenders don`t want to take the financial hit that would involve".