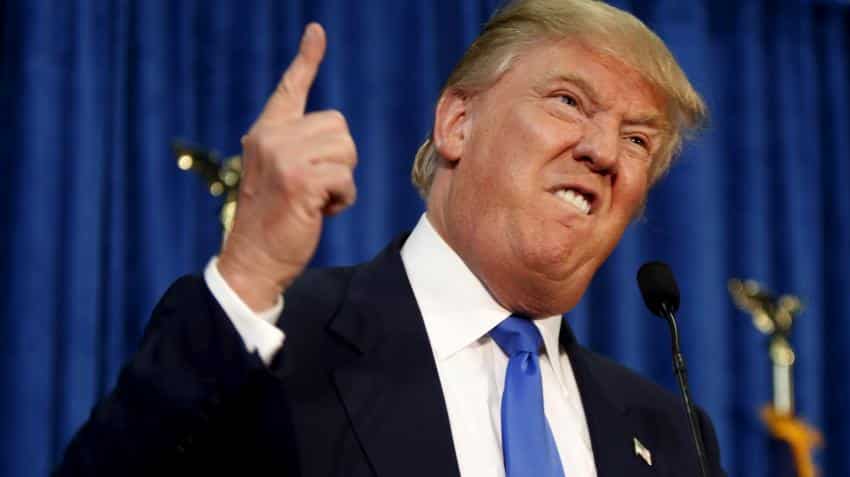 Just a few hours before the US election starts and people from all over the world have already expressed concern over either of the presidential nominees winning the election.

More so, people in the European regions have openly admitted their fear of Donald Trump winning the election, a recent survey by YouGov said.

Denmark and Sweden came in at second and third positions respectively on the ‘scared indicator’ which was largely spiked by Trump.

The level of racism, sexism and xenophobia generated by Trump’s campaign certainly has a hand in striking fear in these countries, the report by Statista said.

It is Trump’s take on these issues that perhaps scares the people of countries with which the US has trade and other relations.

But what would a Trump or Clinton win mean for India?

Indo-US relations would withstand any change in leadership as there is a ‘comfortable’ working-level relation between the two governments and militaries, HDFC analysts Abheek Barua, Tushar Arora and Tanvi Garg said in a report dated November 4.

The report pointed out three specific policy fronts that would determine the nature of relations between India and America are – trade, immigration and US position on China and Pakistan.

Donald Trump’s stand on trade policy relations has been ‘hawkish’ with the –‘America first policy,’ however the analysts pointed out that this was not India specific.

In contrast, Hillary Clinton would stick to status quo and would not introduce game changing trade policies in connection with India.

“Hillary Clinton, is expected to broadly continue Barack Obama’s policies on trade and immigration. Admittedly, her possible change in stance on some of the trade deals (such as Trans Pacific Partnership) needs to be watched,” the report said.

Trump’s immigration views could be labelled as double standards where on the one hand he has said India is doing great and on the other he said he would bring jobs back from India.

“Trump has spoken about ending the H-1B high-skilled visa program of which Indians are among the biggest beneficiaries (especially the IT sector), but has also said he would create opportunities for Indian entrepreneurs and students,” the report said.

However, Hillary Clinton, is expected to broadly continue Barack Obama’s policies on immigration policies as well.

Clinton has portrayed herself as a strong supporter of immigrant rights as opposed to Trump who suggests building a wall on the south border of America to keep out illegal Mexican immigrants.

A Clinton win would also do well for Indians migrating to the US on student visas.

“Her (Clinton’s) automatic green card proposal to science, technology, engineering and mathematics (STEM) students who complete a master’s degree or a PhD from a U.S university bode very well for India. There are some 1,32,888 Indian students in the US currently, with most of them are in the STEM category,” the analysts said.

US position on China and Pakistan:

Once again the analysts were not able to decipher Trump’s political perspective with respect to Pakistan as he has labelled the country as ‘semi-unstable,’ but the analysts said, “…it would perhaps be naïve to read too much into an off the cuff statement made by a politician who is known for making somewhat loose statements.”

In her campaign, Clinton has openly called Pakistan a terrorist haven but the analysts are predicting US’ equilibrium stance on the subcontinent would remain the same.

In the matter of China, Clinton’s stance is more nuanced and diplomatic. However Trump has persistently criticized China, describing it as one of the US’s top adversaries particularly when it comes to economic policy. He said he would label China a currency manipulator, crack down on hacking, and impose steep tariffs if China doesn’t agree to rewrite trade agreements.

Trump has closed the lead within a couple of weeks wherein Clinton had dominated the voter sentiments, so a definite win would be hard to predict.

Pointing out that a Trump win would create a rise of uncertainty, the analysts said, “A Clinton win will be less disruptive partly because of the relative transparency of her policies and could lead to a ‘risk-on’ sentiment in the markets.”