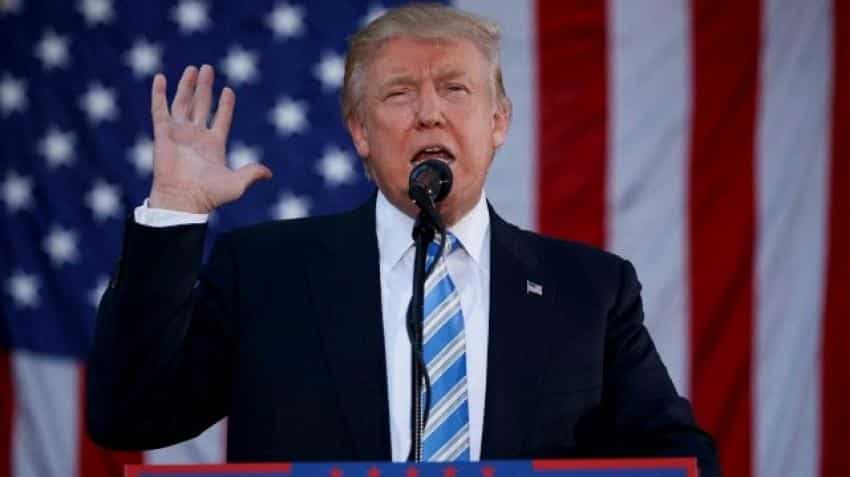 President Donald Trump has asked Congress to set aside nearly USD 18 billion over the next 10 years to build or extend the long border wall separating the US from Mexico, providing an insight into how he will fulfil his signature 2016 presidential campaign pledge.

Trump has promised to "a big, beautiful wall" with Mexico as a centerpiece of his presidency but offered few details of where it would be built, when and at what cost. The wall, he said, is important to stop the flow of illegal migrants and drugs into the country.
The US Customs and Border Protection document calls for a total of USD 33 billion in new border spending, including USD 18 billion for the wall, USD 5.7 billion for technology gear, USD 1 billion for road construction and maintenance and USD 8.5 billion for 5,000 new Border Patrol agents, 2,500 border inspectors and other personnel, the US official said.

The proposal, If carried out as described, by 2027, about 1,552 kilometres of the 3218 kilometres southwest border would have some sort of fencing or wall separating the US from Mexico.

The opposition Democratic party immediately described as a waste of tax payer's money.

In a statement Senate Democratic Whip Dick Durbin said it's outrageous that the White House would undercut months of bipartisan efforts by again trying to put its entire wish-list of hardline anti-immigrant bills?plus an additional USD 18 billion in wall funding?on the backs of these people.

In its letter to Durbin, the Homeland Security said that it is essential to note that this submission represents only one element of the President's overall immigration priorities.
"Effective border security will not be successful unless we close dangerous legal loopholes that enable illegal immigration and visa overstays. If these loopholes are not closed, and enforcement capabilities are not enhanced, our immigration system and border cannot be secured," it said.

According to Wall Street Journal, which first reported about it, the document envisions the wall project unfolding over 10 years.
Congressman Ra?l Manuel Grijalva said the US-Mexico border region already boasts more than 1046 plus kilometres of physical barriers, thousands of Border Patrol agents, and billions in 'border security measures'.

"The vast majority of the 12 million people who call the borderlands home are vehemently opposed to building even more barriers, especially when historically low numbers of individuals are attempting to cross them," he said.

"Trump and the Republicans who still sympathise with his maniac obsessions would rather waste USD 18 billion on a border wall than fund critical programmes that invest in the American people.
It is also alarming that Trump continues to toy with the lives of more than 800,000 DREAMers," the Congressman said.

Since day one, his bait-and-switch approach to DREAMers has done nothing more than stop all progress we have made to ensure a permanent and fair fix to the DACA programme.

To now pool the issue of border security with that of DREAMers who are American in all ways except under a document is an outstanding showcase of his callousness, he alleged.