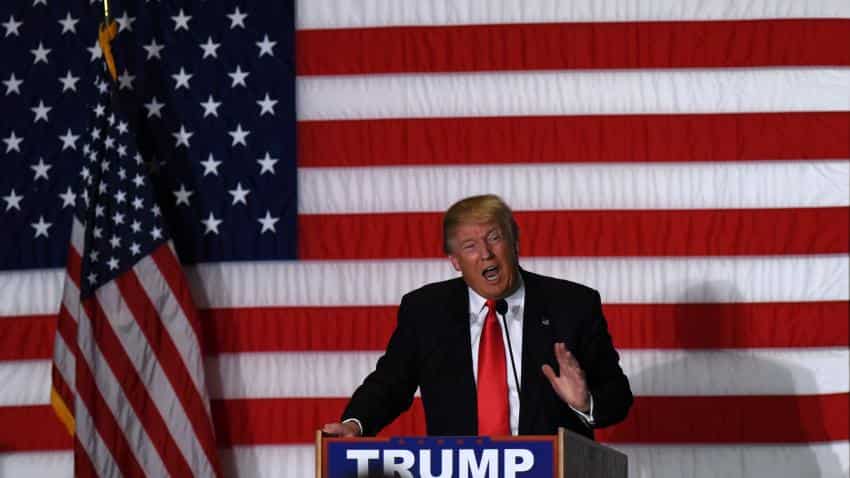 As of the end of April Trump had loaned his campaign a total of $43.5 million. Image Source: IANS
Written By: Reuters
RELATED NEWS

Donald Trump raised $1.7 million from donors and loaned his White House campaign $7.5 million in April as he moved closer to becoming the Republican nominee for president, according to documents filed with the U.S. Federal Election Commission (FEC) on Friday.

The New York businessman had loaned his campaign a total of $43.5 million as of the end of April, the filings showed. More recently, he has made moves to build up his fundraising operation with an eye toward the Nov. 8 general election.

Trump became the Republican Party`s presumptive nominee in early May, when both of his rivals dropped out of the race. Trump self-funded much of his primary run, but he has said he will not rely as heavily on his own money for the general election, when he will face the Democratic nominee.

Both people seeking the Democratic nomination have raised more than Trump.

Hillary Clinton, the party`s front-runner, brought in $26.4 million in April, including funds from a joint fundraising effort with the Democratic Party.

An outside Super PAC supporting her campaign raised $8.6 million. A Super PAC is a fund-raising group that must operate separate from political campaigns but can raise unlimited sums.

U.S. Senator Bernie Sanders, Clinton`s rival for the Democratic nomination, raised $26.9 million in April. He has disavowed Super PACs. Trump has criticized them too, though a long-time Republican operative in May joined one Super PAC backing the real estate mogul.

In May, Trump hired investor Steven Mnuchin as his national finance chairman and entered a joint fundraising deal with the Republican National Committee that will allow donors to write much bigger checks.

Friday`s FEC filings do not reflect these moves, but they show that Trump`s fundraising dipped in April, after he brought in about $3 million and loaned himself $11.5 million in March.

Trump`s consulting and payroll spending also dropped about 30 percent to a total $1.7 million in April, even as he added experienced political staff. At the end of March, he hired veteran Republican strategist Paul Manafort.

Trump ended April with $2.4 million on hand, after starting the month with $2.1 million at the ready.