The president-elect said a trade deal with Britain would be "good for both sides". 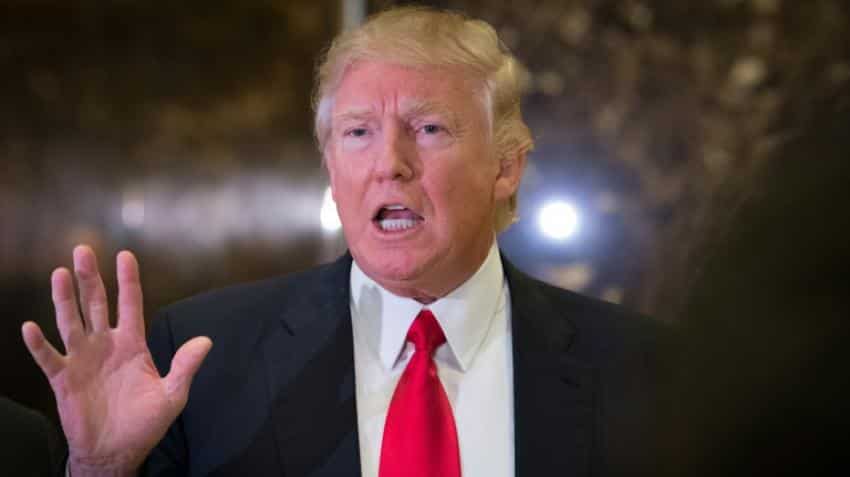 Focusing on refugees in Europe, Trump said their arrival could lead to the break-up of the EU. Photo: AFP
Written By: AFP
RELATED NEWS

US President-elect Donald Trump on Sunday hailed Brexit as "a great thing" and backed a speedy trade agreement with Britain, in an interview with The Times newspaper.

He also forecast that other countries would follow Britain`s lead in voting to leave the European Union.

"Brexit is going to end up being a great thing," Trump said of Britain`s referendum vote last June to leave the European Union.

The president-elect said a trade deal with Britain would be "good for both sides".

"Absolutely, very quickly. I`m a big fan of the UK, we`re gonna work very hard to get it done quickly and done properly," said Trump, confirming he will meet British Prime Minister Theresa May soon after his inauguration on January 20.

His enthusiasm for a bilateral deal will be welcomed by the British government, which in recent months has been searching for possible trade partners following its planned departure from the EU.

Trump also said Brexit would likely be followed by others in the 28-country bloc deciding to leave.

"I think people want??.?.?.??their own identity, so if you ask me?...??I believe others will leave," Trump said, following Britain`s June vote to leave the EU.

The president-elect blamed the referendum result on an influx of refugees to Europe, which saw more than a million people arrive during 2015.

"If they hadn`t been forced to take in all of the refugees, so many, with all the problems that it... entails, I think that you wouldn`t have a Brexit. This was the final straw that broke the camel’s back," he said.

Trump campaigned on an anti-immigration platform during the presidential race, promising voters he would build a war on the Mexico border to stop people entering the US illegally.

Focusing on refugees in Europe, Trump said their arrival could lead to the break-up of the EU.

"I do think keeping it (the EU) together is not gonna be as easy as a lot of people think," he said.

"And I think this, if refugees keep pouring into different parts of Europe... I think it`s gonna be very hard to keep it together because people are angry about it."

Trump was interviewed for The Times by Michael Gove, a writer and MP from Britain`s ruling Conservative Party who was a leading figure in the anti-EU campaign.

The president-elect has previously allied himself with another leading Brexit campaigner, Nigel Farage, the former leader of the UK Independence Party who flew to the US to support Trump during his election bid.

Farage was the first British politician to meet with Trump following the November election, a move which prompted frustration within the British government which has long since clashed with anti-establishment Farage.