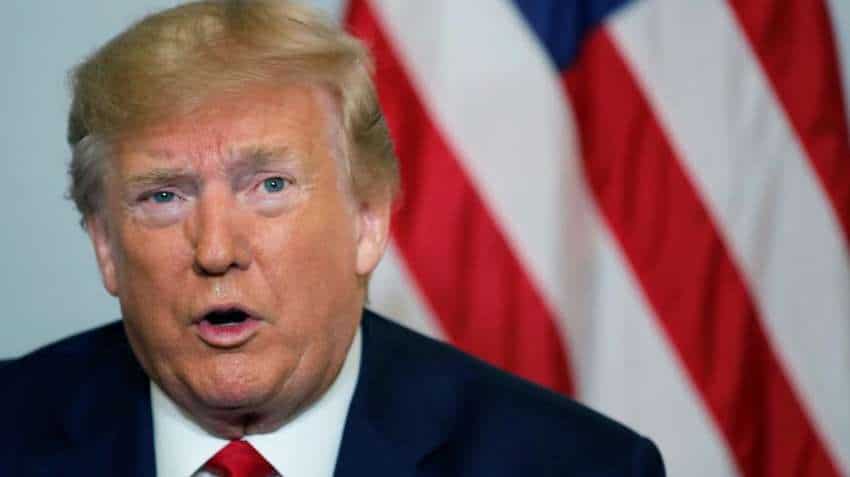 In a bid to get cash out the door quickly, the Treasury and the SBA agreed that borrowers need only to certify in good faith that the information they supplied to lenders and the SBA was accurate. Photo: Reuters
Written By: Reuters
RELATED NEWS

US President Donald Trump`s administration touted its $660 billion small business pandemic aid program this week as a "wild success," unveiling data that showed the initiative saved 51 million jobs. But there were red flags throughout the colossal data set that suggested some borrowers overstated how many jobs their loan salvaged.

"I`m skeptical of the total number," said Philip Mattera, a director at Washington-based non-profit Good Jobs First, which focuses on government accountability. "My guess is there wasn`t much rigor that went into the reporting of these jobs figures."

A senior administration official said the 51 million figure was an estimate based on the preliminary lender data and that the actual number of jobs saved will be clearer once borrowers have gone through the process of having the loans forgiven.

The Paycheck Protection Program, overseen by the Small Business Administration (SBA), allows small businesses with 500 or fewer employees hurt by the economic fallout of the pandemic to apply for a forgivable government-backed loan. Monday`s data provided details on nearly 4.9 million loans, including the number of jobs the borrower said the loan helped them retain.

That data - released jointly by the SBA and the U.S. Treasury Department on Monday - is critical in assessing the success of the program, which Congress created to keep workers on the payroll.

In a bid to get cash out the door quickly, the Treasury and the SBA agreed that borrowers need only to certify in good faith that the information they supplied to lenders and the SBA was accurate.

Except for a limited documentation review, the job retention figures were not thoroughly vetted, according to interviews with bankers and lawyers who have direct knowledge of the process.

Speaking to reporters on Monday, senior administration officials were at pains to point out that the onus was on the borrower to provide accurate information.

Mattera said one "telltale" sign that some borrowers may have fudged the figures was the 3,728 companies which reported that they retained exactly 500 employees.

As companies were not compelled to provide job retention estimates to apply for the loan, 878,000 companies either reported that no jobs were retained or did not provide a number, a Reuters analysis found. That`s roughly 18% of all loans.

Reuters and other media outlets have also identified several borrowers listed in the data, including scooter company Bird Rides Inc. and New York-based Advent Capital Management LLC, which dispute that they applied for or received a PPP loan.

Bird Rides CEO Travis VanderZanden Tweeted on Monday that his company had discussed getting a loan with its bank, but decided against it. Likewise, Advent told Reuters it explored seeking a loan but never completed an application. But in the data, their loans are listed as having saved 395 jobs combined.

Those discrepancies suggest the data contains phantom loans - loans which were approved by the SBA but which were neither disbursed nor canceled by the lender, leaving them to linger in the SBA system, according to people familiar with the process.

"When you have a list this large there are going to be quite a few errors in it," Mattera said.