US President Donald Trump said after the legal process is complete, these tariffs worth USD200 billion will go into effect if China refuses to change its practices. 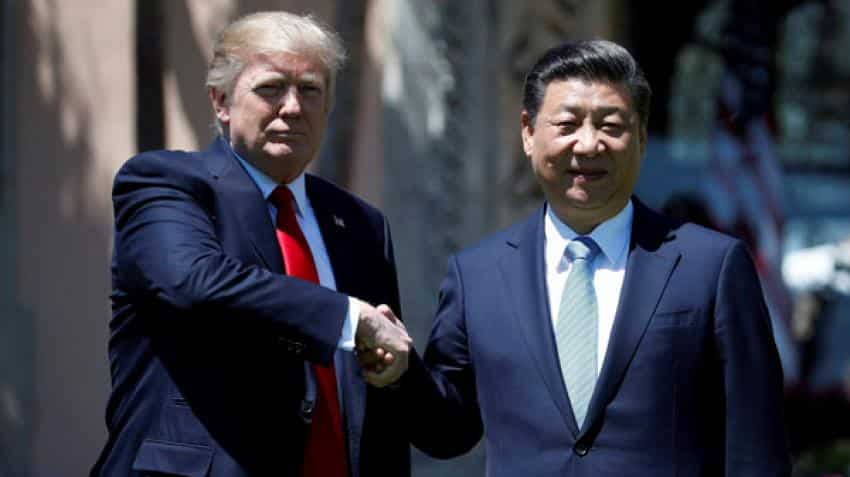 Donald Trump has been insisting that China has been unfairly benefitting from a trade imbalance with the US for years. Image source: PTI
Written By: PTI
RELATED NEWS

US President Donald Trump has threatened to impose tariffs on an additional USD 200 billion worth of Chinese goods unless Beijing ceases its "unfair practices", escalating a trade war between the world's two largest economies.

The move followed tariffs applied last week on USD 50 billion in Chinese imports to the US. China responded by saying it would hit 659 US products worth USD 50 billion.

Trump has been insisting that China has been unfairly benefitting from a trade imbalance with the US for years.

In a statement yesterday, Trump said that he had ordered US Trade Representative (USTR) Robert Lighthizer to identify a second tranche of goods imported from China for tariffs of 10 per cent.

Trump said after the legal process is complete, these tariffs worth USD200 billion will go into effect if China refuses to change its practices.

"If China increases its tariffs yet again, we will meet that action by pursuing additional tariffs on another USD200 billion of goods. The trade relationship between the United States and China must be much more equitable," Trump said.

"However, and unfortunately, China has determined that it will raise tariffs on USD50 billion worth of United States exports. China apparently has no intention of changing its unfair practices related to the acquisition of American intellectual property and technology," Trump said.

"Rather than altering those practices, it is now threatening United States companies, workers, and farmers who have done nothing wrong," he said.

He said China's latest action clearly indicated its determination to keep the US at a permanent and unfair disadvantage, which is reflected in massive USD376 billion trade imbalance in goods.

"This is unacceptable...Further action must be taken to encourage China to change its unfair practices, open its market to United States goods, and accept a more balanced trade relationship with the United States," he said.

"It is very unfortunate that instead of eliminating these unfair trading practices China said that it intends to impose unjustified tariffs targeting US workers, farmers, ranchers, and businesses. At the President's direction, USTR is preparing the proposed tariffs to offset China's action," Lighthizer said.

China's Commerce Ministry responded swiftly to Trump's latest threat, warning that if the Trump administration followed through, China would "have to adopt comprehensive measures combining quantity and quality to make a strong countermeasure."

The US "practice of extreme pressure and blackmail departed from the consensus reached by both sides during multiple negotiations and has also greatly disappointed international society," it said.

"Chinese leaders over these past few weeks have been claiming openness and globalisation, but it's a joke. Let's be clear: It's the most predatory economic government that operates against the rest of the world today. This is a problem that is long overdue in being tackled," Pompeo said.

"Whether that's threatening our technology leadership through intellectual property theft or forced technology transfer, we are hard at ensuring that we protect American property," he said.