A Toyota executive will be appointed to Grab`s board of directors and a dedicated Toyota team member will be seconded to Grab as an executive officer, the ride-hailing firm said. 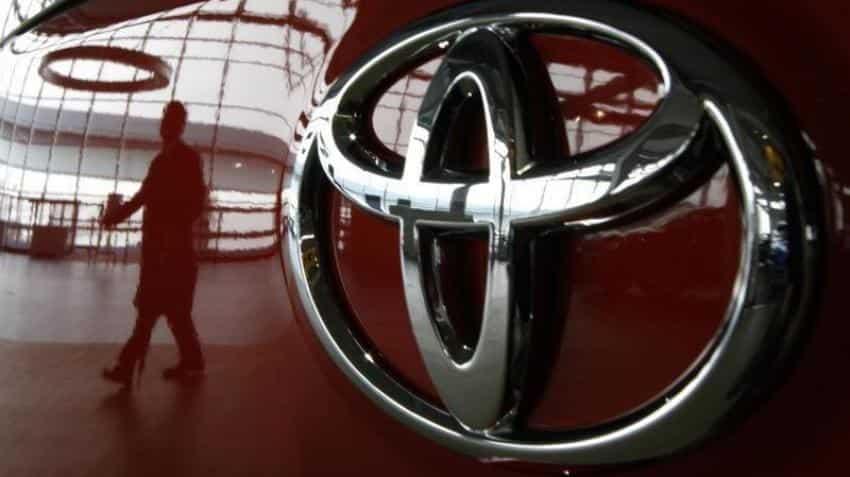 The investment by Toyota is the largest-ever by an automaker in the global ride-hailing sector. Image source: Reuters
Written By: Reuters
RELATED NEWS

Toyota Motor Corp has agreed to invest $1 billion in Southeast Asian ride-hailing firm Grab as a lead investor in the company`s ongoing financing round, which was launched after it bought the regional business of Uber Technologies Inc.

The investment by Toyota is the largest-ever by an automaker in the global ride-hailing sector, the six-year old start-up said in a statement on Wednesday.

It is also the latest collaboration between a global vehicle maker and a technology firm as ride-hailing companies dominate the fast-growing field of mobility services, raising the risk of a future where car ownership declines in favour of such services.

Toyota`s investment will allow Grab, which counts peer Didi and Japan`s SoftBank Group Corp as investors, to further expand its range of online to offline services, such as food delivery and digital payments, deeper into the region.

Grab will be valued at just over $10 billion after Toyota`s investment, said a person familiar with the matter.

A Toyota executive will be appointed to Grab`s board of directors and a dedicated Toyota team member will be seconded to Grab as an executive officer, the ride-hailing firm said.

Toyota has installed its driving recorder devices in some vehicles operated by Grab, using the collected data stored in its mobility services platform to analyse driving patterns and develop vehicle services.

The automaker on Wednesday said by deepening the partnership, it hoped to achieve connectivity for Grab`s rental car fleet across Southeast Asia and offer financing, insurance and maintenance services to drivers based on data collected on its platform.

"Going forward, together with Grab, we will develop services that are more attractive, safe and secure for our customers in Southeast Asia," Toyota executive Shigeki Tomoyama said in a statement.

Data collected from the recorders could also help Toyota in its own development of next-generation mobility services, including a self-driving electric vehicle it plans to develop for companies to use for tasks such as ride hailing, package delivery and mobile shops.

South Korea`s Hyundai Motor Co and Japan`s Honda Motor Co Ltd have also previously funded Grab, which said it has achieved run-rate revenue of over $1 billion. The company`s app has been downloaded onto over 100 million mobile devices and the firm logs over 6 million rides per day.

Earlier this year, Uber exchanged its Southeast Asian operations for 27.5 percent of Singapore-headquartered grab, ending a battle between the two for regional dominance.

Southeast Asia, home to about 640 million people, is a major arena for tech firms offering services from digital payments and ride-hailing to e-commerce.

Last month, Indonesian ride-hailing and online payment firm Go-Jek said it would enter Vietnam, Thailand, Singapore and the Philippines in the next few months, investing $500 million in its international push.