Investors meanwhile continued to digest news of an unscheduled OPEC meeting next month -- an announcement that has fuelled speculation of possible action to stabilise the market. 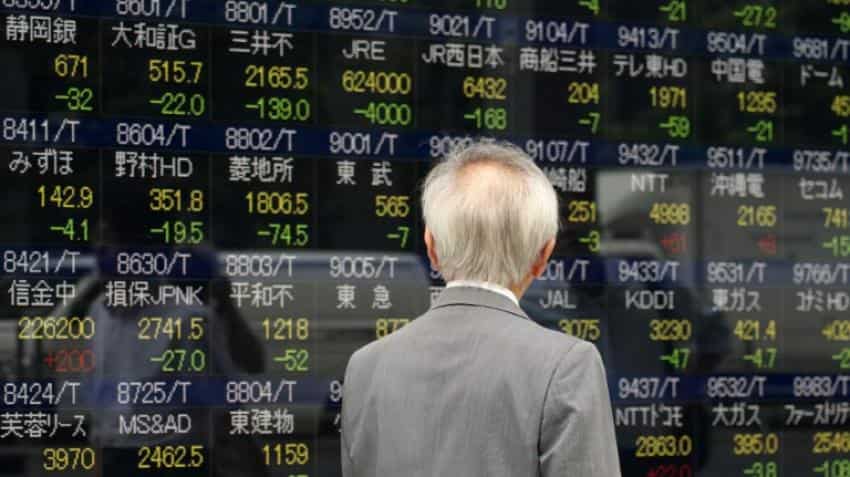 Tokyo stocks led most Asian stock markets lower Wednesday in lacklustre trading as the dollar weakened against the yen after US government figures showed a decline in productivity.

Traders were cautious, with markets flitting in and out of positive territory despite a positive lead from Europe and in the US, where the technology-rich Nasdaq ended at a new record on Tuesday.

The dollar dropped to 101.43 yen from 101.88 yen in New York and was sharply down from 102.44 yen in Tokyo Tuesday, after the US Labor Department reported second-quarter productivity had fallen 0.5 percent.

The Japanese unit is seen as a safe haven in times of uncertainty, but a stronger yen is negative for Japanese shares because it dampens the overseas profitability of exporters.

Investors meanwhile continued to digest news of an unscheduled OPEC meeting next month -- an announcement that has fuelled speculation of possible action to stabilise the market.

Shares in the make-up giant plummeted 7.5 percent after it cut its full-year profit forecast the previous day, blaming the yen`s rise.

Hong Kong had added just 0.1 percent by the close despite seeing stronger gains earlier in the day.

Australia`s biggest bank sounded a cautious note about the country`s economic outlook however, with chief executive Ian Narev warning that the nation`s nominal growth, which is not adjusted for inflation, needed to strengthen.

The US productivity figure marks a decline for the third consecutive quarter, dampening expectations for a US interest rate rise this year.

Japanese markets are also preparing to close on Thursday for a public holiday, which analysts said had an impact on the market.