Tamilrockers latest movie leakded online: The latest film that the Torrent website leaked has a voice of Bollywood actresses Priyanka Chopra and Parineeti Chopra, the film was leaked online by TamilRockers within hours of its release. 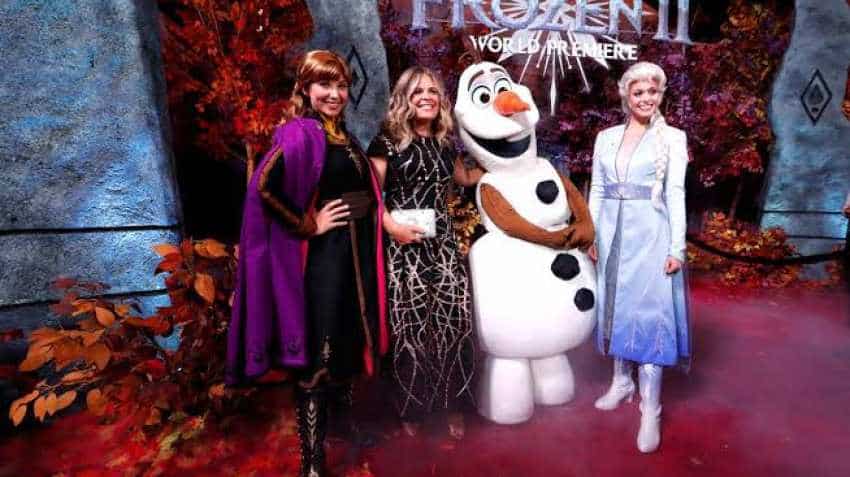 Tamilrockers latest movie leaked online: After leaking big-budget film Pagalpanti, Torrent website Tamilrockers has leaked Hollywood movie Frozen 2 online. Frozen 2 which has the voice of Bollywood actresses Priyanka Chopra and Parineeti Chopra, was leaked online by Tamilrockers within hours of its release. Directed by Chris Buck and Jennifer Lee, the second franchise of the Hollywood big-budget movie was released after a gap of nearly six years of its first franchise. The first part of Frozen 2 was released in 2013. The flick has voices of Hollywood stars Kristen Bell and Idina Menzel as well.

Yes, shocking as it may sound, Frozen 2 is the latest addition in the list of victims of TamilRockers. Prior to that Bollywood big-budget movie Pagalpanti was leaked online by TamilRockers. Pagalpanti is a multi starrer flick that has star cast of Anil Kapoor, John Abraham, Arshad Warsi, Ileana D'Cruz, Pulkit Samrat and Kriti Kharbanda. Just a week ago Sidharth Malhotra starrer Marjaavaan was leaked online by TamilRockers. TamilRockers has a series of victims that include Ayushmann Khurrana’s Bala, Hrithik Roshan Tiger Shroff starrer War, Akshay Kumar's Mission Mangal and Houseful 4 were also amongst the victims of torrent website TamilRockers.

Frozen 2, also known as Frozen II, is a 2019 American 3D computer-animated musical fantasy film produced by Walt Disney Animation Studios. The 58th animated film produced by the studio, it is the sequel to the 2013 film Frozen and features the return of directors Chris Buck and Jennifer Lee, producer Peter Del Vecho, songwriters Kristen Anderson-Lopez and Robert Lopez, and composer Christophe Beck. Lee also returns as a screenwriter, penning the screenplay from a story by her, Buck, Marc E Smith, Anderson-Lopez and Lopez while Byron Howard executive-produced the film.

Frozen 2 had its world premiere at the Dolby Theatre in Hollywood on November 7, 2019, and was released widely in the United States by Walt Disney Studios Motion Pictures on November 22, 2019. It has grossed $350.2 million worldwide and received mostly positive reviews from critics, who praised its animation, visuals, music and vocal performances, while it received minor criticism due to its plot. The film had the highest opening for an animated film of all time.