Warren Buffett added Coca-Cola (KO) stock to his firm Berkshire Hathaway's portfolio after the stock market crash of 1987. Buffett managed to pick KO stock at lower levels. Since then, he only bolstered his position in the stock or maintained it. 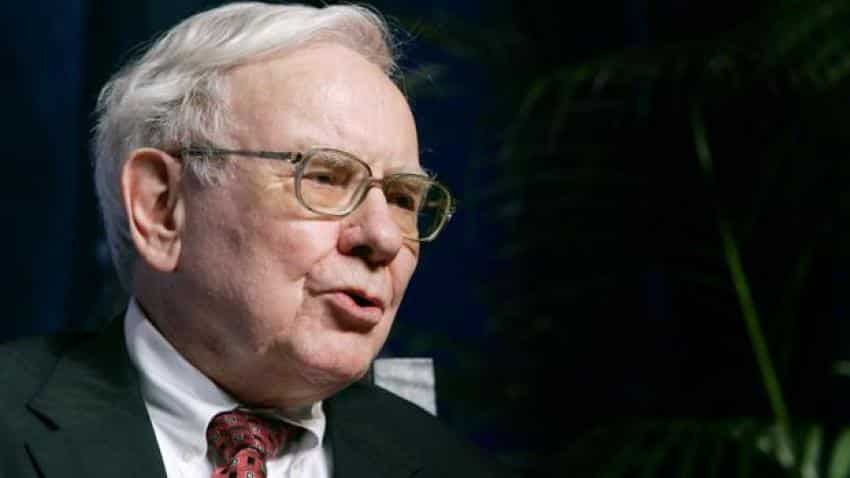 Warren Buffett often jokes about his love for Coca Cola too at Berkshire Hathaway annual meetings or on TV interviews. Image source: Reuters

Warren Buffett's penchant for Coca-Cola as a beverage and also as a stock is well known. And why not! The stock has been one of the most popular ones that generated huge returns for the Oracle of Omaha. However, the tables have turned now and the stock is trading near its 52-week low. The forecast is dim too. As the anti-sugar drive gains traction worldwide, the outlook on the stock doesn't look rosy at all.

Coca Cola share price settled at Rs $44.40 in Thursday's trade on New York Stock Exchange. The stock is just over 4 per cent higher against its 52-week low of $42.19. On year-to-date basis, Coca Cola is down over 3 per cent.

Warren Buffett owns 9.6 per cent stake or 400 million shares of the company, that makes Coca Cola his fifth largest portfolio position. He added Coca-Cola (KO) stock to his firm Berkshire Hathaway's portfolio after the stock market crash of 1987. Buffett managed to pick KO stock at lower levels. Since then, he only bolstered his position in the stock or maintained it.

The beverage maker has seen weakness on several fronts. In the past five years, it has had annualised declines of 4.2 per cent for revenue, 26.2% for earnings per share and 0.4% for book value, said a report on website gurufocus.com.

"But its operating margin has expanded since 2015, reaching 21.18 per cent in 2017, an increase from 20.61 per cent in 2016. Coca-Cola’s operating margin is higher than 89 per cent of the companies in the global beverages – soft drinks industry. On its balance sheet, cash totals $6.01 billion, with debt at $31.18 billion. This contributed to its modest financial strength rating of five out of 10," the report added.

Warren Buffett is often seen holding a can of Coca Cola during his public appearances. Pointing out at the distinct feature of Coca Cola as a product, he noted in his letter to shareholders once, “one thing that people don’t understand… cola has no taste memory. You can drink one of these at 9 o’clock, 11 o’clock, 5 o’clock…You can’t do that with cream soda, root beer, orange, grape… You get sick of them after a while… There is no taste memory to cola.

Warren Buffett often jokes about his love for Coca Cola too at Berkshire Hathaway annual meetings or on TV interviews. On asking if Coca Cola affects his health, he once remarked:

“I really wish I’d had a twin, and that twin had eaten broccoli his entire life, and we both consumed the same number of calories. I know I would have been happier, and I think the odds are fairly good that I would’ve lived longer.”