The automaker has said its EVs are about 10 times less likely to experience a fire than petrol-powered cars, based on its fleet of over 500,000 vehicles which have driven more than 10 billion miles. 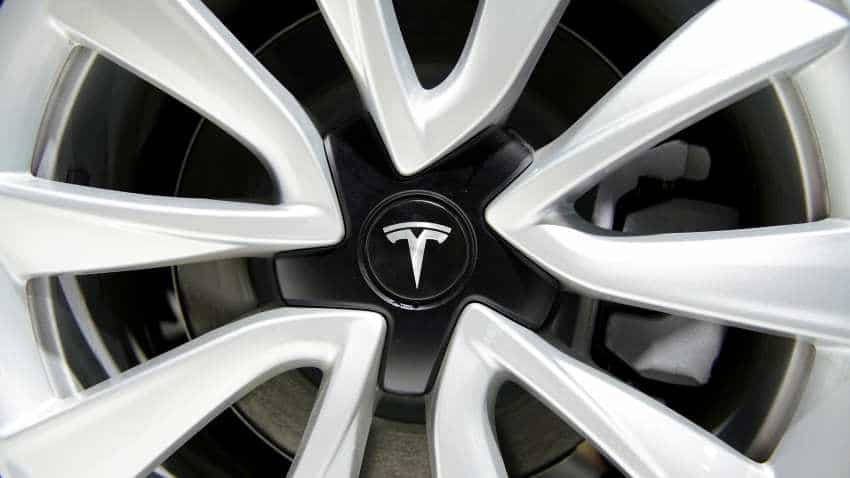 US electric vehicle (EV) maker Tesla Inc said it has sent a team to investigate a video on Chinese social media which showed a parked Tesla Model S car exploding, the latest in a string of fire incidents involving its cars. The video, time stamped Sunday evening and widely shared on China`s Twitter-like Weibo, shows the parked EV emit smoke and burst into flames seconds later. A video purportedly of the aftermath showed a line of three cars completely destroyed.

Shares of Tesla were down less than 2 percent at $268.5 in trading before the bell. Reuters was not immediately able to verify the origins of the videos, which Weibo users said were taken in Shanghai. The cause of the explosion could not be immediately ascertained from the videos.

"We immediately sent a team onsite and we`re supporting local authorities to establish the facts. From what we know now, no one was harmed," Tesla said in a statement on Monday. It declined comment further when contacted by Reuters.

There have been at least 14 instances of Tesla cars catching fire since 2013, with the majority occurring after a crash.

The automaker has said its EVs are about 10 times less likely to experience a fire than petrol-powered cars, based on its fleet of over 500,000 vehicles which have driven more than 10 billion miles. It did not specify whether the statistic referred to normal use or involving accidents.

REPUTATION
The latest incident comes as Tesla tries to push sales in China, where its prices were impacted by tit-for-tat tariffs imposed during Sino-U.S. trade tensions last year.

The automaker currently imports all the cars it sells in China, but is building a factory in Shanghai that will initially make its Model 3 and help reduce the impact of a trade war.

In March, Tesla was also on the receiving end of a labelling mix-up at Shanghai customs that led to a temporary suspension of clearance for a batch of Model 3 cars.

Analysts said the latest fire incident would likely increase attention on the safety of EVs but was unlikely to have a significant impact on Tesla`s sales or reputation in China while the cause was being investigated.

"Tesla had fire incidents before, but they didn`t have a big impact on its reputation in China," said analyst Alan Kang at LMC Automotive.

"Since its consumer base is not particularly conservative, and China is pushing the electric vehicle market, if this incident is just accidental, it will not have a big impact on Tesla," he said.

"Tesla self-ignites" was one of the most popular hashtags on Weibo on Monday, racking up over 20 million clicks. Some users urged the automaker to quickly find the cause, whereas others speculated over the impact to the value of Tesla cars currently on the road. Still more found humour in the situation.

"One lesson I learnt from the Shanghai self-exploding Tesla: Don`t park your car next to a Tesla," said one commentator.

Tesla has faced a range of challenges over the past year as it seeks to ramp up production, deliveries and sales of the Model 3 sedan seen as crucial to its long-term profitability.

Brokerage Evercore ISI cut its rating on Tesla`s stock to "underperform" from "in line" citing concerns over weakening demand of its Model S and Model X as well as liquidity concerns.

"We remain encouraged by Tesla`s vision and future growth prospects, but there is increased uncertainty around near-term demand versus previous bullish forecasts and growth cannot stall for a growth company," the brokerage`s analysts wrote in a note.

Of the 31 brokerages covering the stock, 12 rate it "buy" or higher, seven have a "hold" rating while the rest have a "sell" or below rating, according to Refinitiv data.

The company is expected to host an Autonomy Day later at its headquarters in Palo Alto, focusing on its autonomous driving system.

In a separate, unrelated incident, Tesla`s rival in China, Nio, said in a social media post that an ES8 electric sport utility vehicle caught fire on Monday in a Nio service centre in the central city of Xian while under repair.

"Nio has launched an investigation to determine the cause of the fire," Nio said, adding no one was harmed due to the incident.