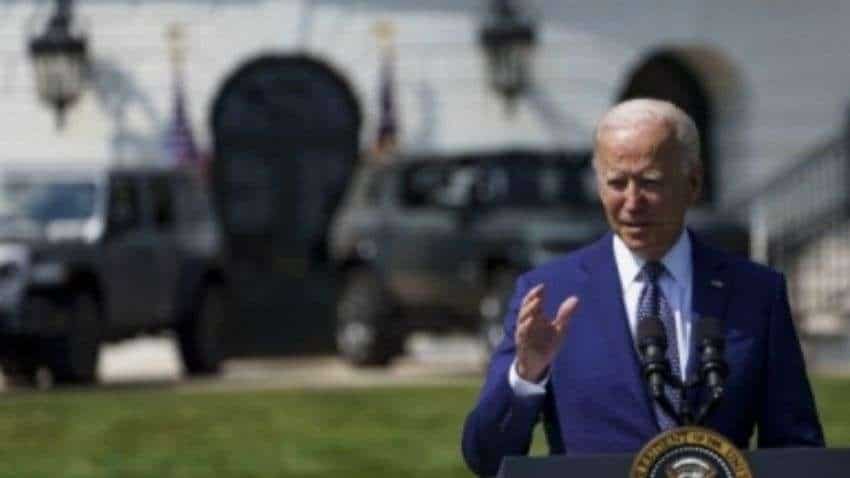 The tech honchos made Biden familiar with how they are addressing the growing cyber threats.
Written By: IANS
RELATED NEWS

Tech giants like Apple, Google, Microsoft and Amazon have promised US President Joe Biden to help him improve cybersecurity infrastructure in the wake of several high-profile hacking cases against government agencies and energy infrastructure.

The meeting at the White House on Wednesday was attended by Alphabet and Google CEO Sundar Pichai, Amazon CEO Andy Jassy, Apple CEO Tim Cook, Microsoft Chairman and CEO Satya Nadella and IBM Chair and CEO Arvind Krishna, along with representatives from other industries.

The tech honchos made Biden familiar with how they are addressing the growing cyber threats.

"The reality is, most of our critical infrastructure is owned and operated by the private sector, and the federal government can't meet this challenge alone," Biden told the tech firms.

Apple announced that it would work with its suppliers to "drive mass adoption of multi-factor authentication" as well as providing new security trainings, incident response, and vulnerability remediation, reports The Verge.

Google said it would spend more than $10 billion over the next five years to strengthen US cybersecurity and the software supply chain.

Microsoft said it would invest $20 billion in the next five years, while Amazon planned to offer a multi-factor authentication device to all Amazon Web Services (AWS) account holders for free.

The cybersecurity meeting comes in the wake of several incidents like the massive Solarwinds hack, the Kaseya ransomware attack and the Colonial Pipeline shutdown resulting from a cyber-attack.

Alarmed at repeated cyber-attacks on the country, Biden in May signed an executive order, implementing new policies to improve national cybersecurity.

The executive order was passed after the Colonial Pipeline Company, which is the largest refined-products pipeline in the country, was forced to shut down due to a cybersecurity attack on May 7.

Since February, the Biden administration has been working to remediate the SolarWinds attack and change federal IT practices to protect against similar attacks in the future.