US and Chinese negotiators spoke by phone on Tuesday, continuing discussions to end a trade battle between the world`s two largest economies. 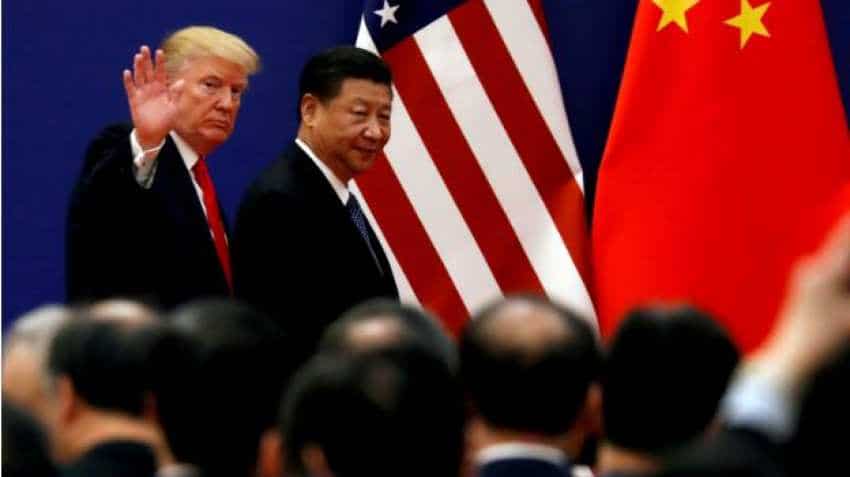 US and Chinese negotiators spoke by phone on Tuesday, continuing discussions to end a trade battle between the world`s two largest economies that has upended global supply chains and roiled financial markets. US Trade Representative Robert Lighthizer and Treasury Secretary Steven Mnuchin spoke with Chinese Vice Premier Liu He and Minister Zhong Shan on Tuesday to continue negotiations to resolve outstanding trade disputes between the countries, a U.S. official said in an emailed statement.

"Both sides will continue these talks as appropriate," the official said in an email, declining to provide details on what was discussed and the next steps for talks.
The negotiations pick up after a two-month hiatus, but a year since a tit-for-tat tariff battle began between the two countries. Washington wants Beijing to address what U.S. officials see as decades of unfair and illegal trading practices.

Washington and China agreed during a Group of 20 nations summit in Japan last month to resume discussions, easing fears of an escalation. After meeting with Chinese President Xi Jinping at the G20, U.S. President Donald Trump agreed to suspend a new round of tariffs on $300 billion worth of imported Chinese consumer goods while the two sides resumed negotiations.

Trump said then that China would restart large purchases of U.S. agricultural commodities, and the United States would ease some export restrictions on Chinese telecom equipment giant Huawei Technologies.

Earlier on Tuesday, White House economic adviser Larry Kudlow said China was expected to move forward "quickly" with agricultural purchases from the United States. He also said relaxed U.S. government restrictions on Huaweicould help the technology giant but would only be in place for a limited time.

"President Xi is expected, we hope in return for our accommodations, to move immediately, quickly, while the talks are going on, on the agriculture (purchases)," Kudlow said at an event hosted by CNBC. "That`s very, very important."

Kudlow, the director of the White House`s National Economic Council, later told reporters there was no specific timeline for the agricultural buys, or for reaching an agreement. "No timeline. Quality not speed," he added.

Three sources familiar with the state of the talks said the Chinese side did not make firm commitments for immediate purchases. It`s unclear that the two sides` differences have narrowed, even as the discussions resume.