"The police will confirm your location," Huang tells her. "You won`t be punished as long as you`re actually at home," she adds, referring to fines of up to T$1 million ($33,051) for people who step outside before their mandatory 14-day quarantine expires. 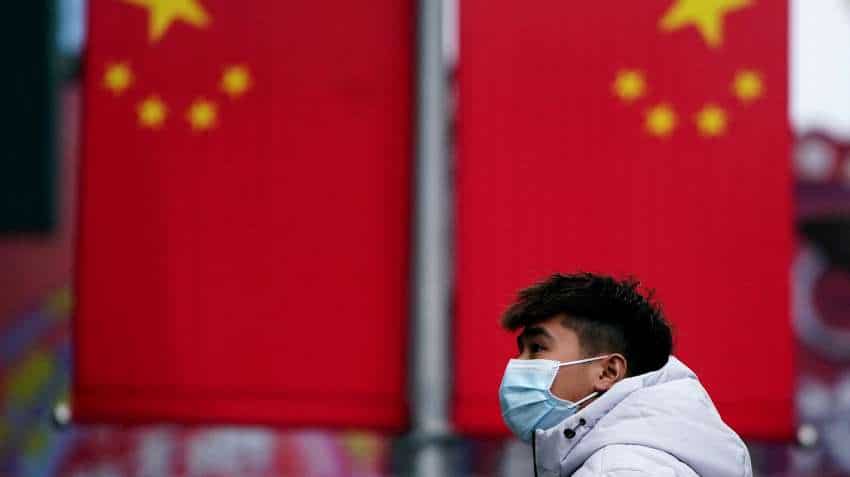 Huang Ching-yuan knows exactly what to do the moment her mobile phone sounds an alert that someone in home quarantine, Photo: Reuters
Written By: Reuters
RELATED NEWS

Health worker Huang Ching-yuan knows exactly what to do the moment her mobile phone sounds an alert that someone in home quarantine as part of Taiwan`s stringent coronavirus prevention methods has stepped somewhere she shouldn`t.

Huang, a government employee in the industrial northern city of Taoyuan, immediately calls the 27-year-old woman to tell her the police are coming to check on her whereabouts.

"The police will confirm your location," Huang tells her. "You won`t be punished as long as you`re actually at home," she adds, referring to fines of up to T$1 million ($33,051) for people who step outside before their mandatory 14-day quarantine expires.

For those who follow the rules, the outcome is more pleasant: a stipend, and goodie bags that can include items ranging from masks and instant noodles to free packages for online gaming and movie services, plus snacks.

Such steps are one of the reasons Taiwan, which sits next door to China and has close economic ties with it, has been able so far to avoid the fate of many of its neighbours and control its virus outbreak, with just 252 cases so far.

Taiwan`s approach, combining early controls on Chinese visitors, vigorous contact tracing for all cases, technology and now stringent 14-day quarantines for all arrivals, has won it praise and support around the world, including from New Zealand Prime Minister Jacinda Ardern and Israeli Prime Minister Benjamin Netanyahu.

But like many places, Taiwan is now dealing with an upsurge in imported cases, and pockets of local outbreaks where there is no obvious link to other infections - a vexing problem for a government aiming to track the source of each.

Taiwan is in the middle of what Health Minister Chen Shih-chung has called a "crucial" two-week period to control the virus, with tens of thousands of Taiwanese flooding home from places wrestling with a surge in cases, such as the United States and Britain.

Some health workers, tasked with missions that include tracking patients` contact history to delivering care bags to those in quarantine, have expressed concerns the system could be overstretched if cases jump sharply in the coming weeks.

"Many hospitals are getting nervous, trying to secure enough hospital beds and respirators," said Su Po-wen, deputy head of Taoyuan`s public health department. "Our staff are working very hard for the time being, but if we can make it through these two weeks the situation will be less tense."

A few Taiwanese politicians have said the government should be tougher, and that President Tsai Ing-wen should issue an emergency order forbidding foreign travel.

Freddy Lim, a rock star and independent legislator, said not doing so was dangerous.

"As the epidemic continues to grow, there are still people wilfully leaving the country, getting infected and then coming back, becoming a loophole in epidemic prevention," he said.

Taiwan is also not rolling out widespread testing, as South Korea and some other countries have done, triggering concerns in Taiwan media that the island might have more cases than reported.

Vice President Chen Chien-jen, a U.S.-trained epidemiologist and health minister during the 2003-2004 SARS crisis, said widespread testing is a waste of resources in Taiwan, where workers have been able to trace almost all cases and their contacts.

For now, the government says its quarantine system is working.

Taiwan has 86,000 people in quarantine, mostly at home but also in hotels for those who don`t live on the island. On top of large fines for breaking the rules, the government has threatened to name and shame quarantine breakers.

Taiwan has also deployed an "electronic fence" that uses mobile telephones to track those in home quarantines.

"We want people to know that we are serious," Taoyuan health worker Huang told Reuters. "The police will dash off to get you even if you are merely turning your phone off."

More than 220 people have been fined a total of over T$18 million for breaking quarantine rules, official data shows.

The approach is not all stick, however. The government has rolled out incentives to get the public onboard with the quarantine programme.

Taiwanese can order up to three masks a week online and pick them up from convenience stores across the island, a government-led effort to address panic buying after authorities teamed up with manufacturers to boost their daily supply to more than 12 million masks.

In Taoyuan alone, more than 10,000 "care bags" have been delivered to people ordered to stay at home for 14 days.

A daily subsidy of T$1,000 is also given to those quarantined at home, although it is withheld from people who travelled abroad against government advice.

"We hope the home care bags cheer people up," said Huang Tsui-mi of Taoyuan`s Public Health Department. "Having to spend 14 days at home, we don`t want them to get too bored."