Earlier, Switzerland had promised India it would support its bid for NSG membership during Prime Minister Narendra Modi's recent visit to the country. 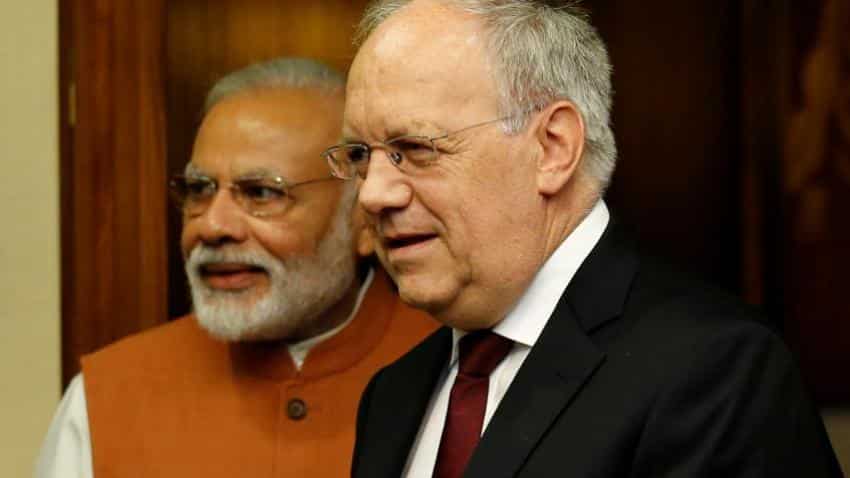 As the Nuclear Suppliers' Group (NSG) meeting in Seoul China questions inducting India into the group without the signing of the Non Proliferation Treaty (NPT). This has even got the support of Switzerland as it joined the China-led group to oppose India's bid for NSG, according to an ANI alert.

Earlier, Switzerland had promised India it would support its bid for NSG membership during Prime Minister Narendra Modi's recent visit to the country.

Some of the other countries supporting China's view include Turkey, South Africa, Ireland, Austria and New Zealand.

China's chief negotiator Ambassador Wang Wun in an ANI alert said, “Signing NPT is one in 5 criteria. It is not set by China but the group as a whole.” He adds, “China does not back Pakistan or India to be admitted till they follow rules laid down by the members.”

Signing NPT first is one of 5 criteria,its not set by China but by group as a whole:Ambassador Wang Qun(China) #NSG pic.twitter.com/wHE3q78xX2

Differences on admitting non-NPT members, #NSG will not take up India's case as of now: Chinese chief negotiator #Seoul

He said that he hopes India joins NPT first and that the NSG consensus is in favour of a NPT signing.

Earlier last night, there was no consensus on India's induction into the NSG emerged at the 48-member plenary meeting by another tea break (10.30 p.m) here on Thursday.

The US on the other hand has backed India for its inclusion into the NSG group. The US State Department said that they have made it very clear how seriously we want India's application to be taken up inside NSG.

Would like to see healthy bilateral relations between India&China,like to see them work out whatever differences they have:US State Dpt #NSG