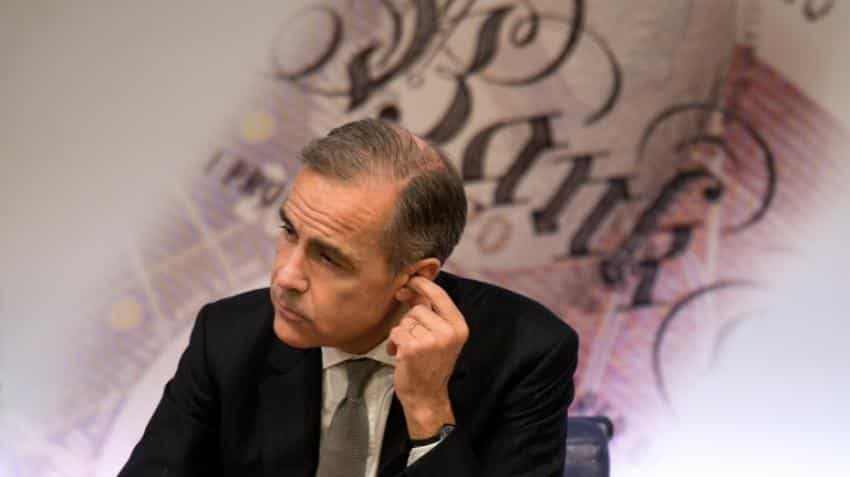 "Many citizens in advanced economies are facing heightened uncertainty, lamenting a loss of control and losing trust in the system," BoEs Mark Carney said in a speech at Liverpool`s John Moores University. Image Source: AFP
Written By: AFP
RELATED NEWS

Bank of England (BoE) governor Mark Carney on Monday warned the public was losing faith in the current economic system, urging economists to acknowledge those who have lost out from globalisation.

"Many citizens in advanced economies are facing heightened uncertainty, lamenting a loss of control and losing trust in the system," Carney said in a speech at Liverpool`s John Moores University.

He underlined that the 2008-2009 global financial crisis highlighted the excesses of the financial world. "Few in positions of responsibility took theirs. Shareholders, taxpayers and citizens paid the heavy price," he said.

As a result "public support for open markets is under threat", the Bank of England governor warned.

The June referendum which saw Britain vote to leave the European Union (EU), coupled with Donald Trump winning the US presidential race in November, have been attributed in part to a backlash by those on the fringes of society against free markets and immigration.

The political and economic status quo was further shaken by Italy on Sunday, when voters rejected the government`s constitutional reform package and prompted Prime Minister Matteo Renzi to offer his resignation.

Discussing the UK scenario, Carney spoke of the first "lost decade" since the 1860s and the anxiety about the future experienced as a result.

"Wages are below where they were a decade ago -- something that no-one alive today has experienced before," he said.

In order to renew confidence, Carney said economists needed to acknowledge the current challenges including uneven gains from trade and technology.

"We need to move towards more inclusive growth where everyone has a stake in globalisation."

Carney reflected on monetary policy and said the decision by the Bank`s Monetary Policy Committee (MPC) in August to cut the interest rate to a record-low 0.25% was working.

"The MPC is choosing a period of somewhat higher consumer price inflation in exchange for a more modest increase in unemployment," he said.

The pound lost more than 10% of its value against the euro and 15% against the dollar after Britain`s decision to leave the EU.

Carney reiterated that while households have so far weathered the uncertainty brought on by the Brexit vote, this was expected to change when people`s real incomes were squeezed by imported inflation and consumer growth slows.