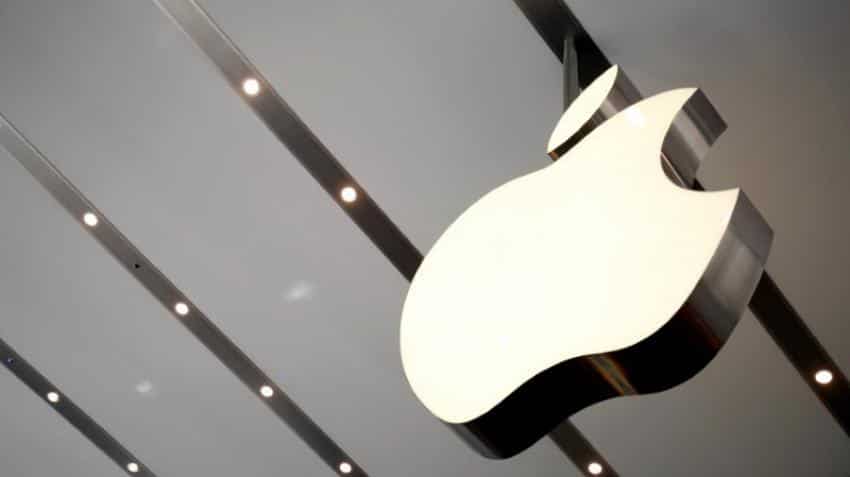 Stronger iPhone prices and hints by Apple Inc on Thursday that it could return more than half of its $285 billion in cash to shareholders eased concerns among investors, even as the world`s biggest technology company gave a disappointing revenue outlook for the current quarter.

Apple also reported it sold fewer iPhones over the holiday quarter than Wall Street had expected.

But the revenue outlook for the first three months of 2018 "was not as bad as some feared," said Jun Zhang of Rosenblatt Securities Inc. Apple`s comments about plans for its $163 billion in net cash helped boost shares 3.3 percent to $173.48 in after-the-bell trading.

“Over time, we are trying to target a capital structure that is approximately net neutral. We will have approximately the same level of cash and debt on the balance sheet,” Apple`s chief financial officer, Luca Maestri, told Reuters in an interview.

“We’re going to take that balance down from $163 billion to zero," Maestri said, referring to Apple`s current level of cash net of debt.

He did not say whether the reduction in net cash would come in the form of returning capital to shareholders, capital expenditures or acquisitions.

The cash plans are a "pleasant surprise," Brian Colello, an analyst at Morningstar Inc, said. "This goes a bit against Apple’s historically conservative capital structure."

Trip Miller, managing partner at Gullane Capital Partners and an Apple investor, said the move to a level balance sheet was good news. "Let`s face it, this cash has been doing nothing for us over the last six years," he said.

Apple forecast revenue of $60 billion to $62 billion and gross margins of between 38 percent and 38.5 percent for its fiscal second quarter ending in March. Analysts were expecting $65.7 billion in sales and a gross margin of 38.9 percent for the March quarter, according to Thomson Reuters I/B/E/S, though some had forecast sales as low as $60 billion.

Thrivent Financial analyst Peter Karazeris said the low revenue forecast had been expected by many analysts and investors following a string of “credible reports” that Apple had cut parts orders.

"I’m happy we’ve gotten the bad news that I was expecting guided into the stock. It was probably a little overbaked," he said. "Now we`re focusing on metrics that really matter like free-cash generation and shareholder returns." Thrivent holds Apple shares.

Bright spots in the fiscal first quarter ended Dec. 30 included average selling prices for the iPhone that topped Wall Street predictions, at $796 versus expectations of $756. The strong prices offset unit sales of iPhones that missed Wall Street expectations, coming in at 77.3 million units versus estimates of 80 million.

“It was really driven by the success of the iPhone X and also the iPhone 8 and iPhone 8 Plus,” Maestri told Reuters of the pricing strength. “The new lineup has done incredibly well."

Apple`s services business, which includes Apple Music, the App Store and iCloud, grew 18 percent to $8.4 billion, missing analyst expectations of $8.6 billion. Maestri said the lower services revenue was because the holiday quarter was only 13 weeks rather than 14 weeks.

The services revenue was down slightly from $8.5 billion the quarter before.

"That`s something to watch as we roll further into 2018," said Miller of Gullane Capital. "Does that continue to stagnate, or was that a one-time bump in the road?"

Maestri also said Apple`s installed base of active devices reached 1.3 billion, 30 percent higher than two years ago and representing an expansion of potential customers for the services business.

Apple said it expected its tax rate for the March quarter to be 15 percent following changes in U.S. tax law. The company said last month it plans to make a one-time tax payment of $38 billion on its overseas cash and has a five-year, $30 billion U.S. capital expenditure plan.

The company did not say how much of its overseas cash it would bring back to the United States in the short term and gave no new information about its capital return program, which it typically updates each April.