Gold is under a lot of pressure right now as it lost a critical support at $1,300," said Phillip Streible, senior commodities strategist at RJO Futures, say experts. 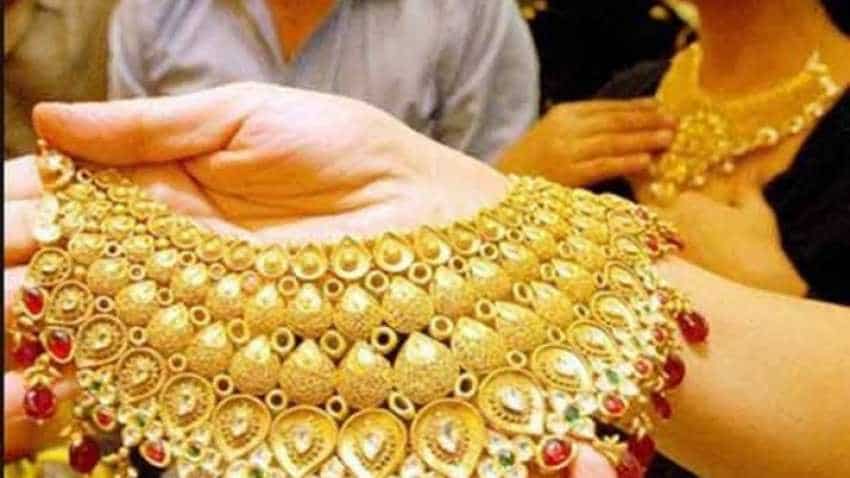 "Gold is under a lot of pressure right now as it lost a critical support at $1,300," said Phillip Streible, senior commodities strategist at RJO Futures. "Producer prices index came up better than expected, showed a little bit of inflation. That could potentially get the U.S. Federal Reserve to get acting as far as raising rates. Also, the dollar is a little bit stronger, leading to a sell-off," Streible said.

The US dollar index, which measures the currency against a basket of six rivals, rose following reports that March producer prices posted the biggest rise in five months, and after weekly jobless claims fell to the lowest since 1969.
A strong U.S. dollar makes gold costlier for investors holding other currencies. Meanwhile, European Union leaders gave Britain another six months to leave the bloc and analysts said the move made gold look unattractive.

"A delayed Brexit is not good for gold as it takes some risks off the markets," said Jeffrey Christian, managing partner of CPM Group.

Gold's break below $1,300 will be seen as a negative bias in charts used by technical traders, analysts and traders said.

"While gold is still range bound in the $1,275 to $1,325 area, it is becoming a trading vehicle for many who sell the upper range and buy the lower range," George Gero, managing director at RBC Wealth Management said in a note.

Dovish views from major central banks on Wednesday failed to help gold as it was already priced into the markets, analysts said, adding investors were looking for more catalysts to buy gold.

Lower interest rates reduce the opportunity cost of holding non-yielding bullion. The US Federal Reserve`s minutes restated its view on the risks of a global economic slowdown, while the European Central Bank kept its ultra-easy monetary policy unchanged.
Spot platinum was down 1.2% at $890.34 per ounce. Palladium shed 2% at $1,360.38 per ounce, while silver slipped 1.9% to $14.92.