"I think people should move on from the Fed and talk more about the other policies that will change rather quickly," adviser David Malpass. 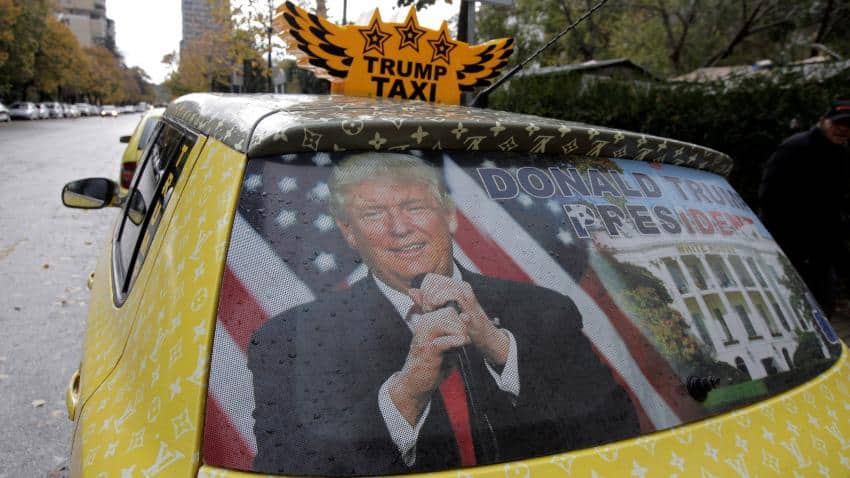 A car belonging to taxi driver Uljan Kolgjegja is decorated with a picture of Republican presidential nominee Donald Trump celebrating his victory in the U.S. elections, in Tirana, Albania November 10, 2016. Photo: REUTERS

"I think people should move on from the Fed and talk more about the other policies that will change rather quickly," adviser David Malpass said in an interview with CNBC.

Malpass, a Treasury and State Department official during the presidential administrations of Ronald Reagan and George H.W. Bush, said Trump`s focus will be on small-business job growth, achieved through better regulation, tax cuts and tax simplification.

"The Fed is independent," he said. "The issue, though, is their performance has not been good. We`ve had a really slow-growth economy. The question is will they look inside and see their part of that problem."

The Fed is one of many parts of government that have been slowing the U.S. growth rate, Malpass said.

Malpass did not comment on possible Cabinet picks by Trump. He said the New York real estate magnate has stressed he wants a business-like Cabinet and has given running mate Mike Pence more influence in helping make personnel decisions.

Malpass deflected questions about whether he is being considered as a possible head of the Federal Reserve when Janet Yellen`s term expires in February 2018.

"I don`t think we should be talking about the Fed today," he said. "The Fed is doing what it`s doing. It`s data dependent, it`s going to look for a rate hike in December based on whether we`re going to grow faster.

All the signs are that the U.S. can begin to accelerate and I think that`s wonderful for the country."