Asian stocks slipped on Thursday as the upbeat mood that carried the Dow Jones and bitcoin to records a day earlier ran out of steam, replaced by fresh worries about the weakening Chinese property sector as a possible default by China Evergrande looms within days. 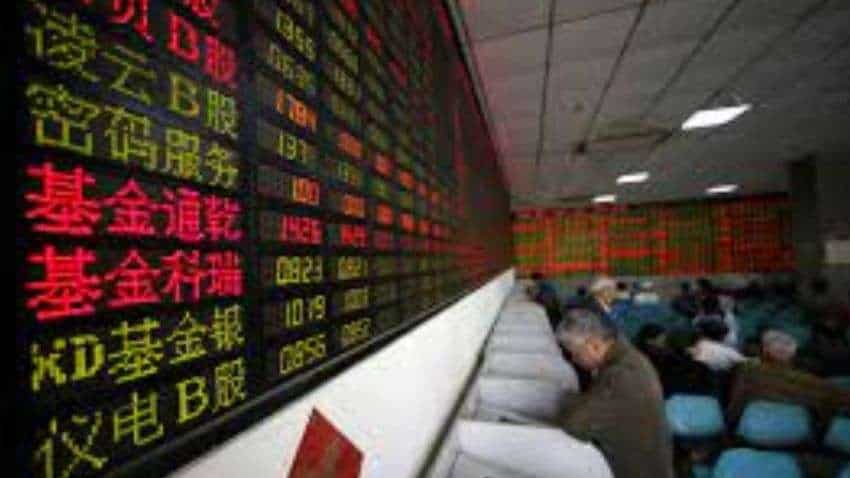 Asian stocks slipped on Thursday as the upbeat mood that carried the Dow Jones and bitcoin to records a day earlier ran out of steam, replaced by fresh worries about the weakening Chinese property sector as a possible default by China Evergrande looms within days.

The more cautious tone looked set to take hold globally as well, with European futures and FTSE futures down 0.3% and S&P 500 futures dipping 0.2%.

Commodities also eased, with Brent crude futures down 0.2% after touching a three-year top and Chinese thermal coal futures> extending a pullback in the wake of signals that Beijing will intervene to cool prices.

"The U.S. stock market has gone up for six days in a row, bitcoin`s made a record and the U.S. bond market is calm. On the surface it looks benign," said Andrew Ticehurst, a rates strategist at Nomura in Sydney.

"But below the surface we are uncomfortable about a number of things," he added, chiefly the slowdown in China`s economy seen in data earlier this week, and concerns about potential fallout from Evergrande`s troubles.

China Evergrande Group has secured an extension on one defaulted bond, financial news provider REDD reported on Thursday, as the company scrambles for cash before a grace period for a dollar bond coupon payment expires on Saturday.

Late on Wednesday Evergrande said a deal to sell a $2.6 billion stake in its property services unit failed and its shares fell 12% in Hong Kong on Thursday.

Shares in rival developers drew support thanks to reassurance from a number of top Chinese officials that the trouble in the sector would not be allowed to escalate into a full-blown crisis, but global investors remain nervous. [.SS]

"We may see more Evergrande headlines weighing on China markets into the end of the week as the first 30-day grace period on unpaid offshore bonds approaches," said Jeffrey Halley, analyst at broker OANDA.

Wall Street had offered a positive lead after earnings helped the Dow Jones touch an all-time high and left the S&P 500 within a whisker of its record closing high.

But a soft finish on the Nasdaq flowed through to tech-stock selling in Tokyo and in Hong Kong, where the Hang Seng fell 0.8%.

Longer-dated Treasury yields steadied after rising with inflation and growth expectations on Wednesday, with the benchmark 10-year yield at 1.6568%, just below the previous day`s five-month high of 1.6730%.

Investors have figured that surging energy prices and tightening job markets will pressure policymakers in the United States and elsewhere to raise interest rates before long, but stocks have scarcely reacted to shifts in rates pricing.

Fed funds futures have priced a 25 basis point U.S. rate hike in the third quarter of 2022 while eurodollar markets expect higher rates as soon as the second quarter.

The yen rose 0.3% against to 114.06 per dollar on Friday and steadied against other currencies after a long slide. The Australian dollar dipped 0.2% to $0.7501 after touching a three-month high. [FRX/]

China`s yuan ,CNY=CFXS> hovered at it strongest level in four months against the greenback, after the central bank set its official midpoint rate on Thursday below 6.4 per dollar for first time since June.

Investors are growing nervous over authorities` apparent absence of concern about the yuan`s recent ascent, which has also taken it to its strongest level in six years against the currencies of China`s major trading partners.

Bitcoin, which hit a record on Wednesday in the wake of the U.S. listing of a futures-based exchange traded fund, eased from its peak to $64,951, while fellow cryptocurrency ether