The S&P 500 eked out another record high close on Tuesday and capped its best four-month stretch in nearly nine years after a recent rally that helped to restore investors` belief in the decade-long bull run. 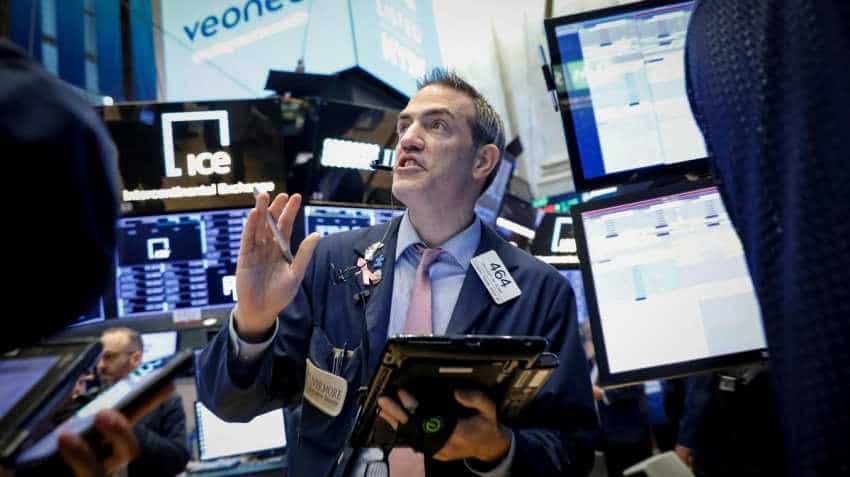 Apple shares jumped about 5 percent following its quarterly results, which will help to ease worries about the earnings outlook for S&P 500, even as Google-parent Alphabet tumbled during the session. Image source: Reuters

The S&P 500 eked out another record high close on Tuesday and capped its best four-month stretch in nearly nine years after a recent rally that helped to restore investors` belief in the decade-long bull run. Apple shares jumped about 5 percent following its quarterly results after the bell, which will help to ease worries about the earnings outlook for the S&P 500, even as Google-parent Alphabet tumbled during the session in the wake of a revenue miss.

"All in all, things for the market are looking pretty decent: a friendly Fed, low rates, growing earnings. It doesn`t get much better than that," said Bucky Hellwig, senior vice president at BB&T Wealth Management in Birmingham, Alabama. With more than half of the S&P 500 companies reporting, analysts now expect first-quarter earnings to have risen slightly from a year ago, a stark reversal from the 2% fall estimated at the beginning of the month, according to Refinitiv data.

But not all results have been upbeat. During the regular session, Alphabet shares fell 7.5% in their worst decline since October 2012 after the company reported its slowest revenue growth in three years.  Apple shares were down 1.9% during the day. The S&P communication services sector slid 2.5%, dragged down by Alphabet, and registered its biggest percentage drop in about four months.

The S&P 500 now up 17.5% since the end of December. The Dow was boosted by gains in Chevron Corp. The company`s shares rose 2% after Warren Buffett`s Berkshire Hathaway Inc committed $10 billion to Occidental Petroleum Corp`s bid for Anadarko Petroleum Corp, boosting its chances of snatching a deal from Chevron.

The Fed`s two-day meeting that ends Wednesday will be in focus for hints on the direction of U.S. interest rates. Investors will also pay close attention to the next two rounds of U.S.-China trade negotiations after Treasury Secretary Steven Mnuchin said he hopes to make "substantial progress" with Chinese negotiators.

Advancing issues outnumbered declining ones on the NYSE by a 1.20-to-1 ratio; on Nasdaq, a 1.41-to-1 ratio favored decliners. The S&P 500 posted 49 new 52-week highs and no new lows; the Nasdaq Composite recorded 78 new highs and 45 new lows.  Volume on U.S. exchanges was 7.22 billion shares, compared to the 6.56 billion average for the full session over the last 20 trading days.