The pound, the asset that has borne the brunt of market concerns about the economic impact of the vote, slid as much as 1.3% on Tuesday to hit $1.3112, its lowest since September 1985. 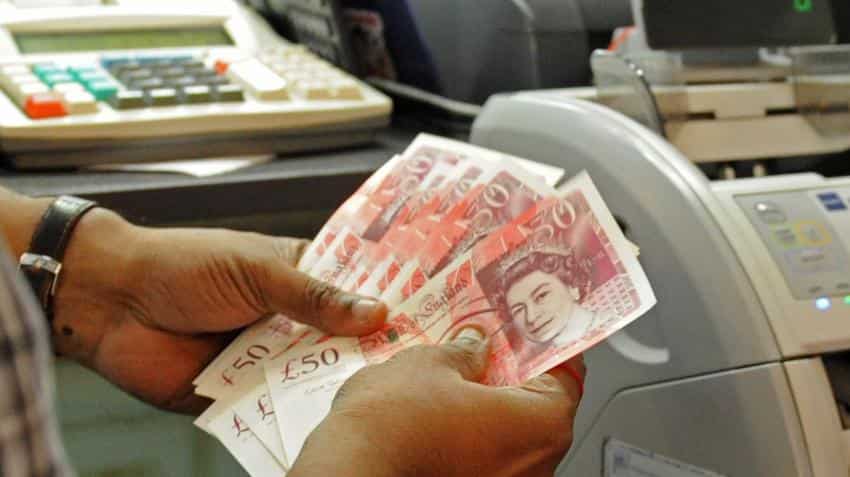 Sterling hit a fresh 31-year low against the US dollar on Tuesday, as investors worried about the economic and financial fallout of Britain's vote to leave the European Union (EU).

The pound, the asset that has borne the brunt of market concerns about the economic impact of the vote, slid as much as 1.3% on Tuesday to hit $1.3112, its lowest since September 1985. That left it around 12% below its levels before the June 23 referendum.

Sterling did briefly inch higher after Bank of England (BoE) Governor Mark Carney, speaking following the publication of the Bank's semi-annual Financial Stability Report, said the fall in the currency should help ease the balance of payments shortfall, but it then gave up those gains to trade down 1.1% on the day by 1130 GMT at $1.3143.

"One of the most striking things for us is the fact that he (Carney) spoke quite openly about the need for sterling to adjust to act as a stabiliser, and that its weakness was necessary...so that was actually a positive spin," said ING currency strategist Viraj Patel.

The BoE also expressed concern about a fall in investor demand for British assets -- which could make it harder for the country to finance its large current account deficit -- as well as trouble in commercial real estate making it harder for businesses to use their property as collateral to obtain loans.

Standard Life Investments said late on Monday that it had suspended all trading in its UK real estate fund, one of Britain's largest property funds, in one of the first signs of major financial stress since the vote.

The investment house, part of the insurer Standard Life, said the decision had been taken after an increase in redemption requests due to uncertainty following the ballot. It had said last week that it had reduced the value of the fund, which invests in UK commercial real estate assets, by 5%.

Standard Life's announcement came after the end of trading in London on Monday and, with trade thinned by the closure of US markets for the Independence Day holiday, Tuesday was traders' first proper chance to react to the news.

"Risk does seem to be under some pressure today - the news that Standard Life is suspending trading in its commercial property fund is having some impact for sure, and that's contributing to the generally weaker tone in risk sentiment," said Societe Generale currency strategist Alvin Tan.

In another sign that risk sentiment had soured, the US 10-year Treasury yield, a benchmark for borrowing costs across the globe, fell to a record low as investors sought safe-haven assets.

A survey of Britain's services sector showed that uncertainty in the run-up to the referendum had slowed growth last month to a three-year low, and sent business expectations to their weakest since 2012.

But RBC Capital Markets currency strategist Adam Cole said the survey had virtually no impact on the currency, and that investors would only be able to see the real effect on business confidence in July.

Against the euro, the pound also slipped by more than 1% to 84.90 pence, its weakest since October 2013. Because the euro zone is also seen suffering economically from Britain's vote for Brexit, sterling has fallen less against the euro than against the dollar, although the drop since the referendum is now approaching 10%.

Against the Bank of England's trade-weighted basket of currencies, sterling fell to its weakest in more than three years.