Sterling remained under pressure after police said at least 19 people were killed and about 50 injured in an explosion at a concert in Manchester where U.S. singer Arianna Grande had been performing. 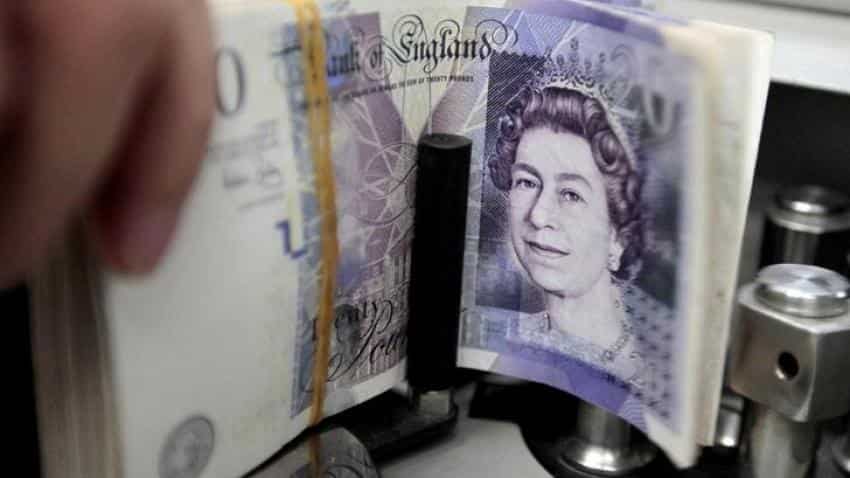 Sterling extended losses after British police said they were treating an explosion in Manchester as a possible terrorist attack, while the euro retained gains made on comments by German Chancellor Angela Merkel that the common currency was "too weak."

Sterling remained under pressure after police said at least 19 people were killed and about 50 injured in an explosion at a concert in Manchester where U.S. singer Arianna Grande had been performing.

Polls showing Britain`s election race tightening, and a threat by the country`s chief Brexit negotiator to walk away from European Union exit talks - set to begin next month - unless the bloc eased its demands added to the currency`s woes.

The euro hit a six-month high overnight after Merkel said the weakness of the euro, due to the European Central Bank`s monetary policy, helped explain Germany`s relatively high trade surplus.

The euro was steady early on Tuesday after jumping as much as 0.5 percent and closing 0.3 percent higher on Monday.

"The thing with euro/dollar is that you have quite a positive mood on the euro at the moment," said ABN Amro foreign exchange strategist Georgette Boele. "And when Merkel makes comments that the euro is probably too low then this is taken as another positive reason to push it higher."

MSCI`s broadest index of Asia-Pacific shares outside Japan was steady early on Tuesday. It hit its highest level since May 2015 on Monday, posting its biggest one-day gain in over two months.

Overnight, Wall Street closed as much as 0.8 percent higher, driven by defence and technology stocks, after U.S. President Donald Trump announced arms deals of up to $350 billion with Saudi Arabia over the weekend.

An uncertain political climate in the U.S. continued to weigh on the dollar. The dollar weakened 0.2 percent to 110.98 yen .

The dollar index, which tracks the greenback against a basket of trade-weighted peers, was fractionally lower at 96.934.

A gauge of U.S. economic activity strengthened in April to its highest level since late 2014, suggesting an acceleration in production and hiring activity following an anemic first quarter.

In commodities, oil prices rose for the fifth straight session to their highest level in over a month on growing confidence that top exporters would agree to extend supply curbs this week and speculation that the cuts could be deepened further.

How you look, feel are key instigators to going about your daily life: Hrithik