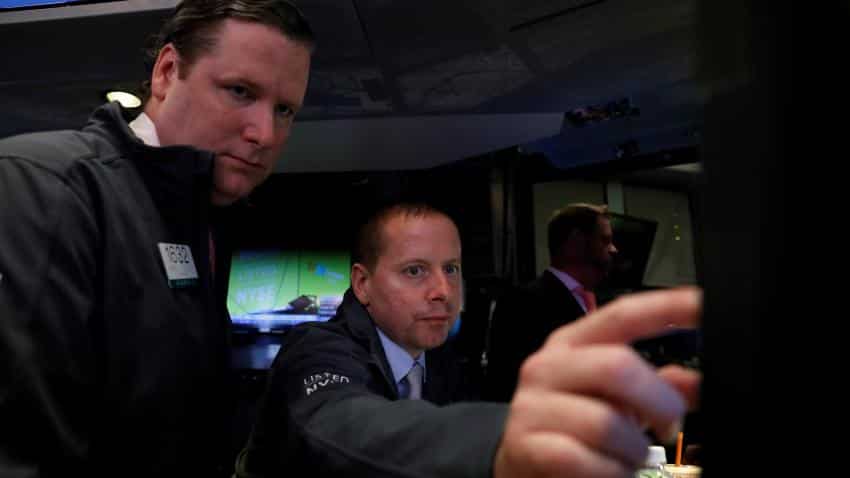 Traders work on the floor of the NYSE in New York. Photo:
Written By: Reuters
RELATED NEWS

The S&P 500 and Nasdaq hit record closing highs on Thursday, with the market propped up by gains in the consumer discretionary sector after strong reports from Best Buy and other retailers.

Best Buy jumped 21.5%, hitting a record high and making it the top gainer on the S&P, after its comparable sales unexpectedly rose last quarter.

Tommy Hilfiger owner PVH was the second-biggest S&P gainer with a 4.8-percent jump to a near 6-month high on strong results. Sears was up 13.5% after posting its first quarterly profit in nearly two years.

The reports follow mixed results this reporting period from other retailers, some of which continue to be hurt by competition from Amazon.com .

But they helped to give major indexes a sixth straight day of gains, more than making up for last week`s selloff.

"There`s no clear and present danger on the horizon," said Jimmy Chang, chief investment strategist at Rockefeller & Co in New York. "The lack of fear, the complacency is supporting the market."

The CBOE Volatility Index, the most widely followed barometer of expected near-term stock market volatility, fell to a two-week low of 9.72 during the session.

Given relatively high valuations, further upside may be difficult for the market without progress on tax reform in Washington, Chang said.

He and other analysts also said the S&P 500`s ability to remain above 2,400, after closing above it on Wednesday, also provided technical support.

Minutes from the Federal Reserve`s May 2-3 meeting, released Wednesday, continued to bolster sentiment. They showed policymakers view an interest rate hike coming soon, but that they agreed to hold off until it was clear a recent slowdown in the economy was temporary.

Fed officials also proposed a plan to wind down its $4.5 trillion of debt securities, including a limit on how much would be allowed to fall off the balance sheet each month.

Limiting gains, the S&P energy index <.SPNY> was down 1.8% following a nearly 5-percent drop in crude oil prices. OPEC agreed to extend output cuts, but not by as much as investors had hoped for.

Also losing ground were shares of General Motors , down 1.8% to $32.60. GM was accused in a lawsuit of rigging hundreds of thousands of diesel trucks with devices, similar to those used by Volkswagen AG , to ensure they pass emissions tests.

Advancing issues outnumbered declining ones on the NYSE by a 1.08-to-1 ratio; on Nasdaq, a 1.15-to-1 ratio favoured advancers.

About 6.4 billion shares changed hands on U.S. exchanges, below the 6.8 billion daily average for the past 20 trading days, according to Thomson Reuters data.