South Korea lowered its growth outlook for next year as it sees weaker domestic demand and waning job growth holding back recovery in Asia`s fourth-largest economy. 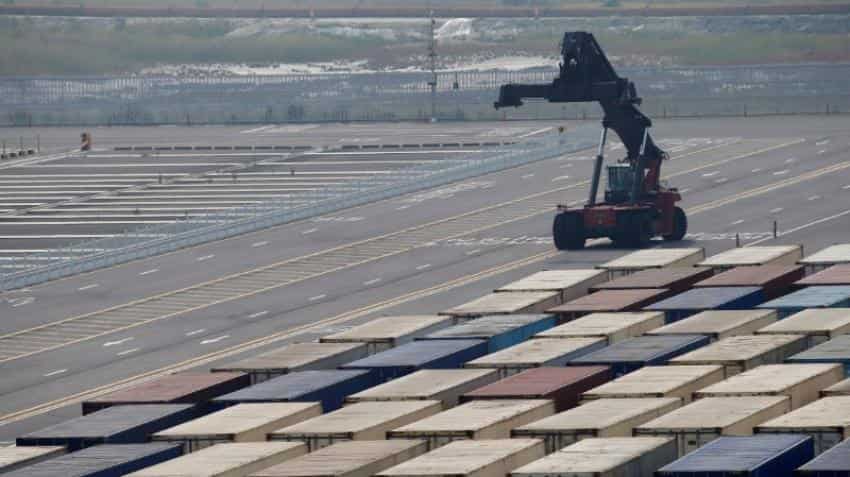 South Korea lowered its growth outlook for next year as it sees weaker domestic demand and waning job growth holding back recovery in Asia`s fourth-largest economy.

The government is projecting 2.6 percent economic growth in 2017, down from its earlier estimate of 3 percent, and below the Bank of Korea`s 2.8 percent forecast, the finance ministry said on Thursday.

The government predicts the economy to generate fewer jobs as corporate restructuring of the troubled shipping and shipbuilding industries continues. Consumption is expected to grow at a slower rate, while consumers will face faster inflation on rising oil prices.

On global matters, it sees possible trade protectionist policies from the U.S. and increased trade competition with Japan and China as risks to export recovery.

"Our focus is to preserve policy space to respond to uncertainties and risks ahead, as recovery momentum is declining and it`s important to make a turnaround well in advance," Lee Ho-seung, director general of the economic policy bureau at the ministry said in an embargoed briefing.

The ministry said it will spend 31 percent of fiscal expenditure within the first quarter of 2017 to counter slowing growth. The government regularly frontloads budget spending in the first half of the year to lend the economy a boost.

The government will also increase policy financing through state-supported banks by 8 trillion won ($6.64 billion) in 2017 to 187 trillion won in total.

To shore up domestic demand, it plans to launch a promotional event for the upcoming Lunar New Year holiday in January and to develop new travel destinations and tour packages inside the country to attract foreign and local tourists.

On the plus side, it believes exports have bottomed out, and predicts they will expand 2.9 percent next year.

Turning to current economic conditions, the ministry said the fourth quarter growth has slowed as Samsung Electronics`s cancellation of its flagship Galaxy Note 7 smartphone and corporate restructuring across the shipping and shipbuilding industries have stunted growth.

It said if momentum doesn`t pick up, it may press the case for a supplementary budget next year as the growth rate slipped from 3.3 percent in 2014 to 2.6 percent in 2015.

Finance Minister Yoo Il-ho said on Dec. 22 the government may consider drafting a supplementary budget if growth next year looks likely to slow to below 2.5 percent.