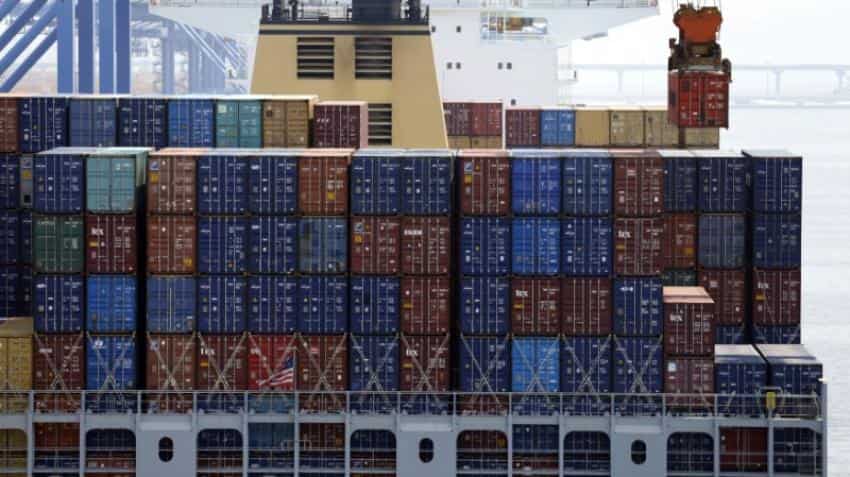 Crane carries a container from a ship at the PNC container terminal at the Busan New Port in Busan. Image Source: Reuters
Written By: Reuters
RELATED NEWS

South Korean exports in December rose for a second straight month, data showed on Sunday, adding to hopes for a firm turnaround in shipments that have fallen for most of the past two years.

In November, exports and imports rose 2.5% and 9.3% respectively. December`s data helped exports from October through December chalk up to the first quarterly (Q1) gain since late 2014.

"The decline in exports seems to have bottomed out. Auto, electronic components as well as finished electronic devices especially will sell much better this year," Moon Jung-hui, an economist at KB Investment & Securities said after the release of the data.

Car and smartphone sales will also rise in 2017 as supply was tight last year, he added.

By region, exports to China posted a second month of gains, jumping 9.6%. Exports to the European Union (EU) surged 30.8% on-year in December, rebounding from a 22.1% drop in November to mark the sharpest rise since November 2015.

Shipments to the United States (US), however, slipped 2.3% after rising 3.8% in November.

Both have acknowledged that although exports will do better than last year, trade conditions face downside risks from possible US protectionist measures under the administration of President-elect Donald Trump. Trump has vowed to change what he says are unfair trade agreements with countries around the world.

The won, which has been trading at weak levels against the dollar as of the last week of December, is also a major swing factor as turbulent financial markets in the wake of the US presidential election pose uncertainties for trading companies.