SoftBank said Thursday "the Board takes its duties seriously and is in the process of reviewing the letter". 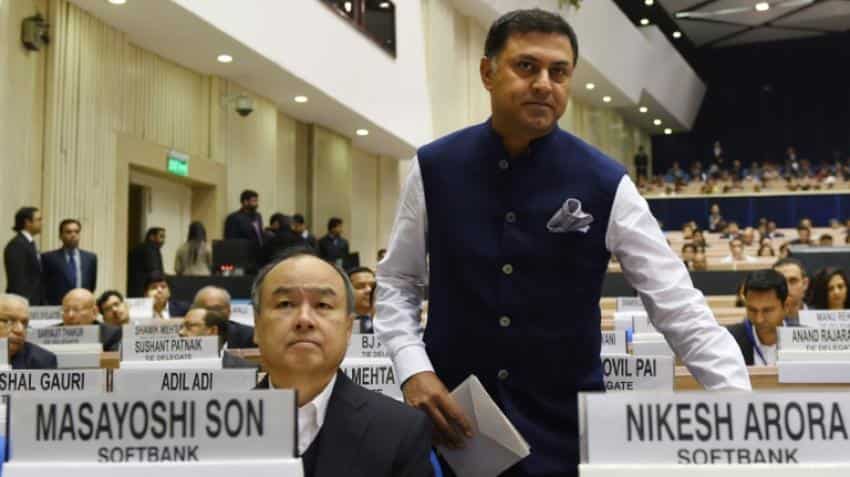 Japanese mobile giant SoftBank on Thursday hit back at a bid by a group of investors to unseat the former Google executive seen as heir apparent to its billionaire founder Masayoshi Son.

The company slammed the "unsubstantiated allegations" levelled at its president Nikesh Arora, whom the investors said should be investigated and possibly sacked over potential conflicts of interest tied to his role as an adviser to a private equity firm.

SoftBank said Thursday "the Board takes its duties seriously and is in the process of reviewing the letter".

Son, one of Japan`s richest men and the chief executive of SoftBank, has referred to Arora as his likely successor.

On Thursday, he backed the former Silicon Valley executive.

"I have complete trust in Nikesh and one thousand percent confidence in him and know he will continue to do great things for SoftBank in the future," Son said in a statement

The unidentified group, represented by a US law firm, outlined its concerns in a letter to the Tokyo-based company, suggesting Arora, 48, may have also been involved in past wrongdoing while they questioned his business track record, Bloomberg News reported.

The group also contacted US mobile giant Sprint, which is owned by SoftBank. Arora sits on its board.

"Despite these issues, the SoftBank board saw fit to make Mr. Arora the third-highest paid executive in the world without any track record of accomplishment at the company," the letter said.

The letter has not been made public and SoftBank declined to supply a copy to AFP.

Arora -- who gave up a high-profile post at Google to join the Japanese firm in 2014 -- said last year he would buy $483 million in SoftBank shares to show his confidence in its prospects.