SoftBank Group quarterly profit almost wiped out for a second straight quarter by losses at its $100 billion Vision Fund. 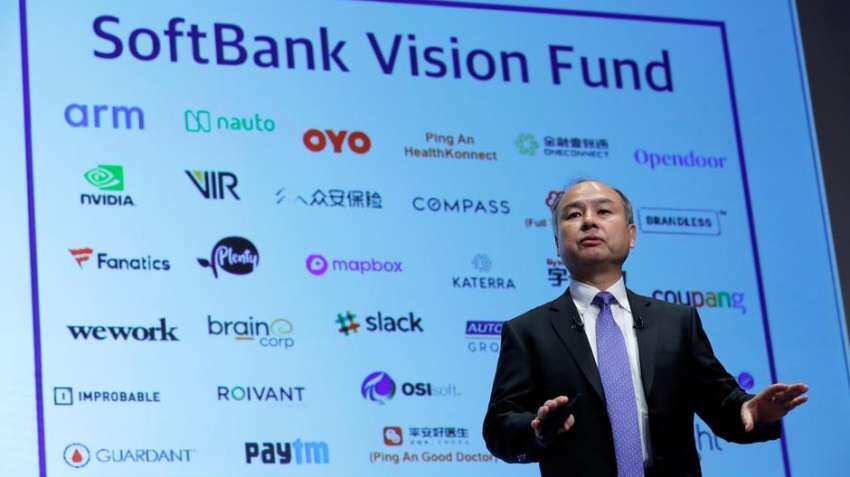 SoftBank fund, others pump in Rs 1,362 cr in PolicyBazaar

Japanese technology conglomerate SoftBank Group has seen its quarterly profit being almost wiped out for a second straight quarter by losses at its $100 billion Vision Fund focused on tech companies like Uber and WeWork.

Addressing a news conference, Son said SoftBank had turned a corner while he also acknowledged the anxiety caused to investors and also said he has been forced to scale back a second Vision Fund.

"We have caused a lot of concern," Son said, adding he needs to "give everyone a piece of mind" to secure outside funds for Vision Fund 2.

The tech conglomerate on Wednesday reported operating income of 2.59 billion yen ($23.6 million) for the three months ended in December, a plunge of 99% compared to the same period a year earlier.

SoftBank founder and CEO Masayoshi Son`s closely watched $100 billion Vision Fund was the biggest driver of those losses. The Vision Fund and a related fund reported an operating loss of 225 billion yen ($2 billion) for the quarter, blaming unrealized losses in WeWork and Uber for the hit.

SoftBank fund, others pump in Rs 1,362 cr in PolicyBazaar