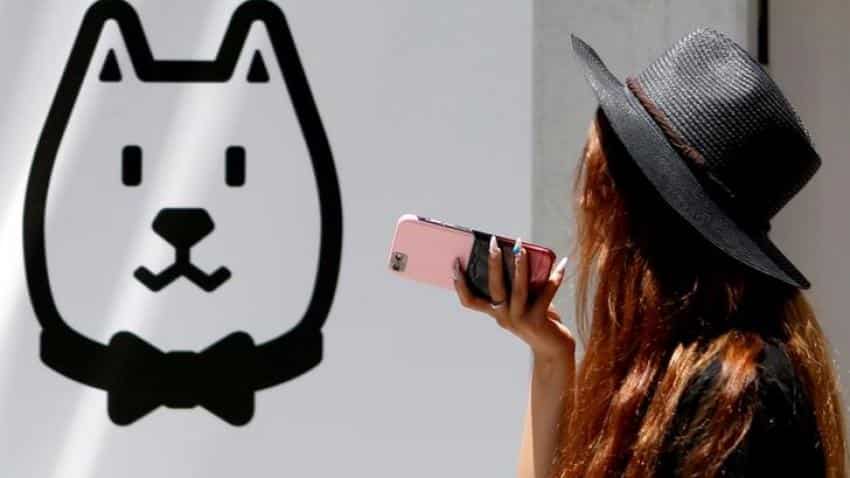 A woman using her smart phone walks outside a branch of SoftBank Corp in Tokyo. Image source: Reuters
RELATED NEWS

SoftBank Group plans to list its mobile phone business and raise some $18 billion, the Nikkei newspaper has said, a spin-off that would complete the Japanese telecoms conglomerate`s transformation into a global technology investor.

The parent will sell some 30 percent of SoftBank Corp. It plans to apply to the Tokyo Stock Exchange for the IPO as early as between March and May and aims to debut the shares in Tokyo and elsewhere, possibly London, around autumn, the newspaper said, without citing any sources for the information.

The 2 trillion yen($18 billion) IPO would rival the 2.2 trillion yen 1987 listing of Nippon Telegraph and Telephone in size, the Nikkei said, making it one of Japan`s biggest IPOs.

SoftBank Group said in a statement on Monday that a listing of the business was one option for its capital strategy but that no such decision had been made.

The listing would aim to give the mobile phone unit more autonomy in a group that has become more of an international investment company in recent years, the newspaper said. SoftBank would use the proceeds to invest in growth, such as buying into foreign information technology companies, the Nikkei said.

SoftBank has been aggressively investing in tech companies worldwide, notably through its $98 billion London-based Vision Fund, saying last month that a group it leads will buy a large number of shares of Uber Technologies in a deal that values the ride-services firm at $48 billion.

"SoftBank`s future will focus less on the mobile phone business and more on allocating cash to build the world`s largest portfolio of investments in future technologies and business models," said Erik Gordon, a professor at the University of Michigan`s Ross School of Business.

"It makes sense to spin off the mobile phone business using a public offering that would leave SoftBank in control and provide SoftBank with more cash to pursue its strategy of investing in companies with potentially high growth prospects," Gordon said by email. "It is a way of obtaining capital without adding debt or diluting SoftBank`s equity interests in the growth companies."

A parent company normally must limit its stake in a subsidiary listed on the TSE First Section to less than 65 percent, but the requirement can be eased if the unit also lists overseas, the Nikkei said.