They could face jail terms of up to 22 months if found guilty. 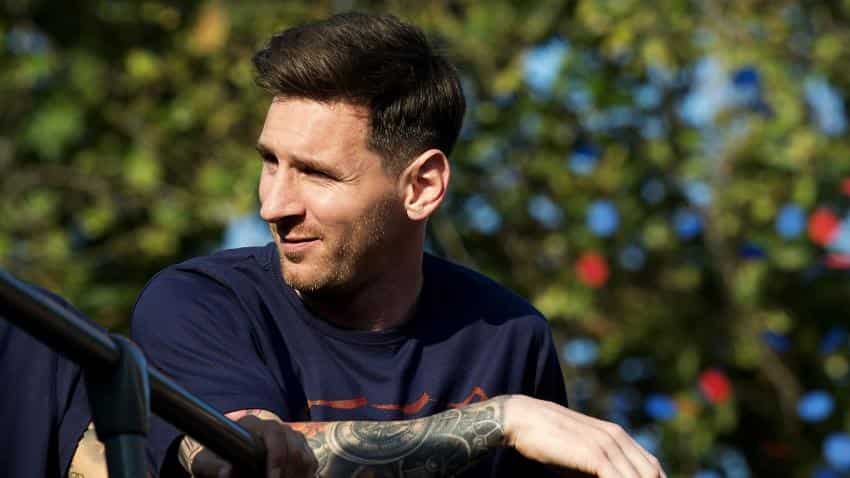 According to the prosecutors' office, revenue was hidden using shell companies in Uruguay, Belize, Switzerland and the United Kingdom. Photo: IANS
Written By: Reuters
RELATED NEWS

Soccer's five-times World Player of the Year Lionel Messi said on Thursday he knew nothing about an alleged tax evasion scheme when he signed contracts related to image rights.

The Barcelona and Argentina forward appeared in court in Barcelona on Thursday alongside his father Jorge Horacio to testify against charges of tax evasion. Lionel and Jorge Horacio Messi are accused by the Spanish tax office of defrauding the government of 4.2 million euros ($4.7 million) between 2007 and 2009.

They could face jail terms of up to 22 months if found guilty, although it is customary in Spain that offenders of non-violent crimes with a sentence of under two years do not serve time in jail. The case centres on the player's image rights and a web of shell companies allegedly used to evade taxes on income from those rights.

According to the prosecutors' office, revenue was hidden using shell companies in Uruguay, Belize, Switzerland and the United Kingdom.

In court Lionel Messi admitted to signing contracts protecting his image rights but said he had no knowledge he was partaking in any wrongdoing or defrauding the Spanish state.

"The truth is that I knew nothing. As my father explained, I was devoted to playing football, I trusted my father, I trusted the lawyers he had chosen to run things and I had no idea about anything," he told the judge.

"I signed them (contracts) because I trust my father. He is my father and it obviously never crossed my mind that he would fool me or disappoint me so I signed because he told me to, because I trusted him, and as I said before, the lawyers told us to do it that way," he also said.

Asked if he had ever suspected the scheme was set up to avoid tax in Spain, Messi responded: No, because I know nothing about that matter. I was honestly never interested in that."

"I DIDN'T KNOW"
Jorge Horacio Messi admitted to signing contracts presented to him by his adviser, but said neither he nor his son knew they were avoiding paying tax on them.

"The only thing I told him was that his image rights were protected by a company," he said in court. Asked if he had told Lionel that he was going to avoid paying tax in Spain, he said: "No because I didn't know that either."

Messi and his father paid five million euros to the tax authorities as a "corrective" measure after being formally investigated in June 2013.

The footballer is 10th on Forbes Magazine's list of the world's highest-earning athletes over the past decade, with an estimated income of $350 million during this period.

The trial is due to end on Friday but Messi and his father will not attend the final day. It is not yet clear when a verdict will be delivered. Messi, who has scored 453 goals in 531 appearances for Barcelona in all competitions, has won eight La Liga titles, four King's Cups and four Champions League crowns.

He is also captain of Argentina and was due to rejoin the team immediately after his court appearance to prepare for the Copa America in the USA, playing their first game against holders Chile on June 7.