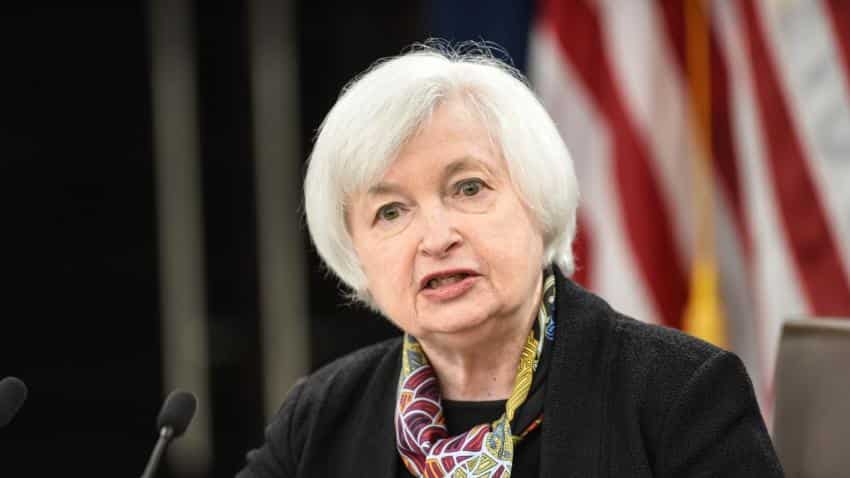 US employment growth slowed more than expected in August after two straight months of robust gains and wages were tepid, which could effectively rule out an interest rate increase from the US Federal Reserve this month.

Non-farm payrolls rose by 151,000 jobs last month after an upwardly revised 275,000 increase in July, with hiring in manufacturing and construction sectors declining, the Labour Department said on Friday. The unemployment rate was unchanged at 4.9% as more people flocked to the labour market.

The report came on the heels of news on Thursday that the manufacturing sector contracted in August for the first time in six months, which had already cast a shadow on a rate hike at the Fed's September 20 to 21 policy meeting.

Last month's jobs gains, however, could still be sufficient to push the US central bank to tighten policy in December.

"It reduces the likelihood that the Fed will raise rates in September, but the labour market remains strong enough to support a rate hike in December," said John Silvia, chief economist at Wells Fargo Securities in Charlotte, North Carolina.

Economists had forecast payrolls increasing 180,000 last month and the unemployment rate slipping one-tenth of a percentage point to 4.8%. The payrolls rise reinforces views the economy has regained speed after almost stalling in the first half of the year.

Rate hike probabilities for both the September and December meetings rose after remarks last Friday by Fed Chair Janet Yellen that the case for raising rates had strengthened in recent months.

Financial markets on Friday were pricing in a roughly 21% chance of a rate hike this month and a 54.2% probability in December, according to the CME Fedwatch tool.

A Reuters survey of the big banks that do business directly with the Fed showed 13 of the 14 so-called primary dealers expect a rate increase this year, with only three anticipating the move this month.

The Fed lifted its benchmark overnight interest rate at the end of last year for the first time in nearly a decade, but has held it steady since amid concerns over low inflation.

The US dollar rose against a basket of currencies, while prices for US government bonds fell. US stocks ended higher.

Even though substantial labour market slack has been reduced, millions of Americans remain unemployed, a source of frustration that could weigh on the minds of some voters in the November presidential election.

But the Democratic National Committee said the employment report was further proof of the sound economic policies of the Barack Obama administration. The DNC said its presidential candidate, Hillary Clinton, was ready to build on that momentum and create an economy that "works for everyone, not just those at the top."

The step-down in employment growth comes after the economy created a total of 546,000 jobs in June and July.

With the labour market near full employment and the economy's recovery from the 2007-09 recession showing signs of aging, a slowdown in job growth is normal. According to Yellen, the economy needs to create just under 100,000 jobs a month to keep up with population growth.

The smaller-than-expected rise in payrolls also likely reflects difficulties adjusting the data for seasonal fluctuations related to school calendars. Over the last several years, the government's initial August payrolls estimates have been weak only to be subsequently revised higher.

"As the August numbers have tended to come in on the softer side in the past, we think that this mostly reflects seasonal adjustment problems rather than underlying weakness," said Harm Bandholz, chief economist at UniCredit Research in New York.

The timing of the next rate hike could also be determined by wage growth. Average hourly earnings increased three cents or 0.1% in August after a solid 0.3% rise in July.

The moderation in gains, which reflects a calendar quirk, pulled down the year-on-year gain to 2.4% from an upwardly revised 2.7% in July, which was the largest rise in seven years.

Americans worked fewer hours last month, with the average workweek dipping 0.1 hour to 34.3 hours. Other details of the report showed the labour force participation rate, or the share of working-age Americans who are employed or at least looking for a job, unchanged at 62.8% last month.

The participation rate remains near multi-decade lows, in part reflecting demographic changes, partially explaining why wage growth has been sluggish.

Still, the payrolls gain added to July consumer spending, residential construction and durable goods orders in suggesting a pickup in economic growth after output rose 1.0% in the first half of the year.

A second report from the Commerce Department on Friday showed the trade deficit fell 11.6% to $39.5 billion in July as soybean sales buoyed exports to a 10-month high, in another boost to the growth outlook for the third quarter.

The Atlanta Fed is forecasting gross domestic product (GDP) rising at a 3.5% annual rate in the third quarter.

Temporary-help jobs, a harbinger of future hiring, fell 3,100. Government payrolls rose 25,000 in August, extending the streak of job gains in the public sector to four months.