The drop in the yuan came a day after U.S. President Donald Trump said he was concerned that the “Chinese currency was dropping like a rock” and the strong U.S. dollar “puts us at a disadvantage”. 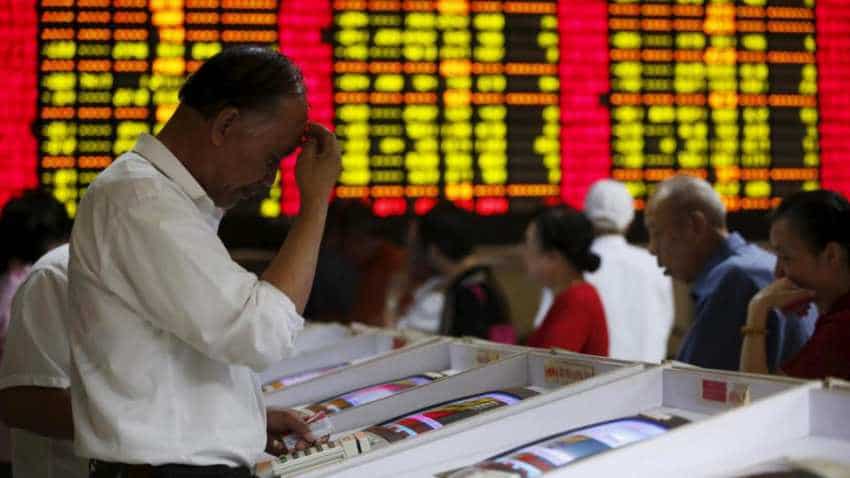 European markets were not immune to the jitters. Image source: Reuters
Written By: Reuters
RELATED NEWS

The Chinese yuan slid to its lowest in more than a year on Friday, further undermining global sentiment and stoking worries Beijing’s currency management could be the next flash point in a trade dispute with the United States.

The yuan slid as low as 6.8128 to the dollar in the onshore market after the central bank set a weaker fixing for the currency for the seventh straight session, forcing a volatile session in Asian stocks.

The drop in the yuan came a day after U.S. President Donald Trump said he was concerned that the “Chinese currency was dropping like a rock” and the strong U.S. dollar “puts us at a disadvantage”.

His comments knocked the dollar, forcing it off one-year highs against a basket of currencies

But the yuan, hurt by concerns over the China-U.S. trade war and a slowing Chinese economy, has shed 7.6 percent of its value against the dollar since the end of the first quarter of this year.

Investors have vivid memories of China’s sudden devaluation of the yuan in 2015 and the subsequent turmoil in global financial markets as investors worried about the stability of the world’s second-largest economy.

European markets were not immune to the jitters. The pan-European STOXX index and Germany’s DAX - which is highly exposed to trade and China - fell 0.2 percent at the start of trading.

MSCI’s all-country world Index, which tracks shares in 47 countries, was up 0.2 percent on the day but was set to end the week flat.

Meanwhile, political concerns returned to dog Italian assets. The country’s bonds and stocks sold off after local media reported tensions within the coalition government and a newspaper interview with a lawmakrer raised fresh concerns about Rome’s commitment to the euro.

And according to a report in the newspaper Corriere della Sera, the head of the budget committee in Italy’s parliament, Claudio Borghi, said Italy would come out of the euro sooner or later.

“The reports out of Italy today are a reminder of just how dysfunctional the Italian government is,” said Chris Scicluna, head of economic research at Daiwa Capital Markets in London. “It’s not helpful that these parties are packed with euro skeptics.”

The news had little effect on the euro, however, which was up 0.1 percent on the day.

In Asia on Friday, Japan’s Nikkei was down 0.3 percent, but Hong Kong’s Hang Seng gained 0.45 percent and the Shanghai Composite Index rose 2 percent.

Worries about a full-blown global trade war are likely to persist as officials from the EU Trade Commission, due to arrive in Washington next week for trade talks, are said to be preparing a list of retaliatory measures in response to proposed U.S. tariffs on European Union cars.

The dollar index, which measures the U.S. currency against a basket of peers, was down 0.1 percent on the day at 95.118.

Trump on Thursday criticized Federal Reserve policy and expressed concern about the potential impact of rising interest rates and a stronger dollar on the U.S. economy and American corporate competitiveness.

Brent crude futures rose 0.9 percent to $73.24 a barrel, maintaining their gains so far this week, after Saudi Arabia’s OPEC governor said the kingdom’s exports are likely to fall next month and inventories may be squeezed in the third quarter.