A free trade agreement between the European Union and Singapore will put EU-based businesses closer to one of the worlds fastest-growing consumer markets. 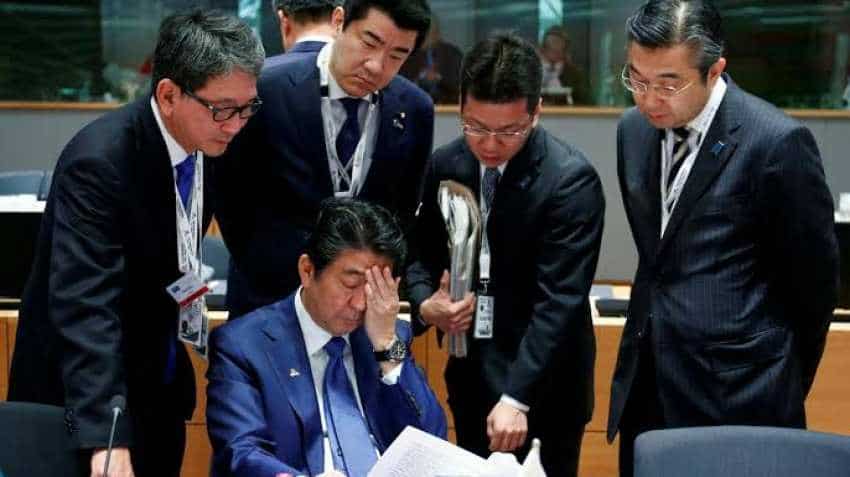 The deal is evidence that the EU is accelerating trade deals across Asia while the US withdrew from the now-defunct Trans-Pacific Partnership. Photo: Reuters

A free trade agreement that takes effect on November 21 between the European Union and Singapore will put EU-based businesses closer to one of the worlds fastest-growing consumer markets. The deal is evidence that the EU is accelerating trade deals across Asia while the US withdrew from the now-defunct Trans-Pacific Partnership (TPP), Efe news reported.

"The EU does comprehensive, high standard deals that have some different rules from America`s FTAs so their active approach in Asia means their method to standards and rule-setting is becoming more common, whether it`s in the area of data privacy or geographic indicators, which will make it more difficult for American companies," Tami Overby, senior director at consultancy McLarty Associates, told EFE.

The agreement promotes trade in sectors such as telecommunications, engineering, computing, maritime transport, and environmental services including green tech.

While the deal may seem lopsided - the EU is one of the world`s largest markets with 500 million people, while Singapore`s population is 5.6 million - it is expected to be followed by agreements between Europe and neighboring countries in the region.

More than 10,000 European companies have a presence in Singapore, with many using the island-nation to reach the 10 countries that make up the Association of Southeast Asian Nations (ASEAN), which thanks to a growing middle class is projected to become the fourth-largest economy in the world by 2030 after the United States, China, and the EU.

The UK, set to leave the EU, is considered an important economic partner for Singapore, a former British colony. Should the UK withdraw from the EU under the terms of a successful Brexit, the two countries will pursue a similar free trade agreement along the same terms, Singaporean officials say.

"What the agreement is really about is setting the stage for the EU`s path to deeper integration with ASEAN," Deborah Elms, executive director at the consultancy Asian Trade Centre, told EFE. "The Singapore agreement was planned as the model for subsequent deals with other ASEAN member states."

As the EU`s web of agreements grow in Southeast Asia, that will allow firms to source raw materials, parts and components from across ASEAN, Elms said.

"Singaporean companies will be able to use Vietnamese content once the EU-Vietnam agreement comes into force, hopefully next year. This will make it easier for Singaporean firms to qualify for benefits. For EU firms, adding Singapore plus Vietnam, with 95 million people, suddenly becomes a much more attractive proposition."

In addition, such agreements are a sign of stability at a time of trade turbulence and protectionism.

Singapore is by far the EU`s largest trading partner in the Southeast Asian region, with a total bilateral trade in goods of over ?53 billion ($58.7 billion) and ?51 billion-worth of trade in services. Singapore is also the number one location for European investment in Asia, with investment between the two growing rapidly in recent years: combined bilateral investment stocks reached ?344 billion in 2017, according to the EU.

Singapore is also a second home to many multinationals headquartered in Europe and the Americas hoping to reach Asian markets.

Singapore`s Deputy Prime Minister Heng Swee Keat says Singapore - with its stable government and top ranking as a place to do business - can play an "Asia 101" role for multinational corporations (MNCs) looking to expand in growing markets in the region.

"The fact we have the rule of law, protection of intellectual property and the agreements that we have with the European Union on investment protection, will serve as an important base to assure companies that we stand by what we say and do what we have committed to," Heng said at a Europe Day luncheon earlier this year.

In Singapore, Tee Yih Jia Food Manufacturing expects the break on tariffs will make the company more competitive so it can pass the savings to consumers.

"The reduction and eventual elimination of import duties will definitely benefit our Spring Home brand and Happy Belly brand products in the EU as they will gain a competitive edge against other products in the market that are manufactured in Asia," Collin Sim of Tee Yih Jia Food Manufacturing Pte Ltd, a frozen spring roll pastry manufacturer, told EFE.

Other firms such as Dou Yee Enterprises, maker of materials used in electronics equipment, praise the trade deal.

"It will benefit local manufacturers here who want to ship products to the EU, all the MNCs who have a location in Singapore," Soo Ye Wah, Dou Yee`s executive chairman, told EFE.

"The possibility to compete for public procurement contracts is definitely something that will help us in our future endeavors to promote our projects and technologies," said Franck Vitté, managing director of Blue SG, manufacturer of lithium metal polymer batteries used in electric vehicles.

India, Peru to hold next round of FTA negotiations in August

No inherent objection to free trade agreement with India: US