Shipments to China fell 25.4 percent in January from the year earlier, after a 15.4 percent increase in December. 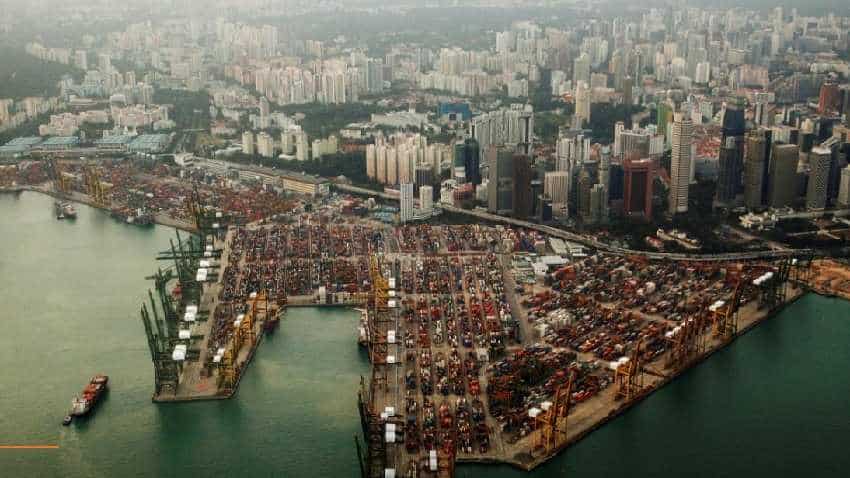 Singapore`s exports stumbled more than expected in January, getting 2019 off to a bumpy start amid signs trade frictions are having an impact on Asia`s trade-reliant economies.

Weak export data released on Monday comes two days after Singapore reported the fourth quarter had slowest growth in more than two years and warned of significant moderation for manufacturing this year.

"Singapore joins other countries in the region, like Korea, which have been seeing slower export numbers as well," Maybank Kim Eng economist, Lee Ju Ye said, adding that she expects slower exports this year, particularly in the first quarter.

Also on Monday, Japan reported that overseas orders for machinery posted their biggest decline in more than a decade in December, and manufacturers expect orders to fall further this quarter as trade friction weighs on global demand.

That was significantly worse than the 1.6 percent decline predicted by a Reuters poll, a further slowing from December`s 8.5 percent decline and the biggest drop since October 2016.

Exports to all Singapore`s top trading partners declined in January from the year earlier, including exports to the United States, which fell 4.6 percent after 15 months of double-digit growth.

Shipments to China fell 25.4 percent in January from the year earlier, after a 15.4 percent increase in December.

On a seasonally adjusted month-on-month basis, exports contracted 5.7 percent in January after declining a revised 4.0 percent in December. The poll called for a 2.6 percent expansion from the month before.

The Singapore dollar weakened slightly against the U.S. dollar on the trade news.