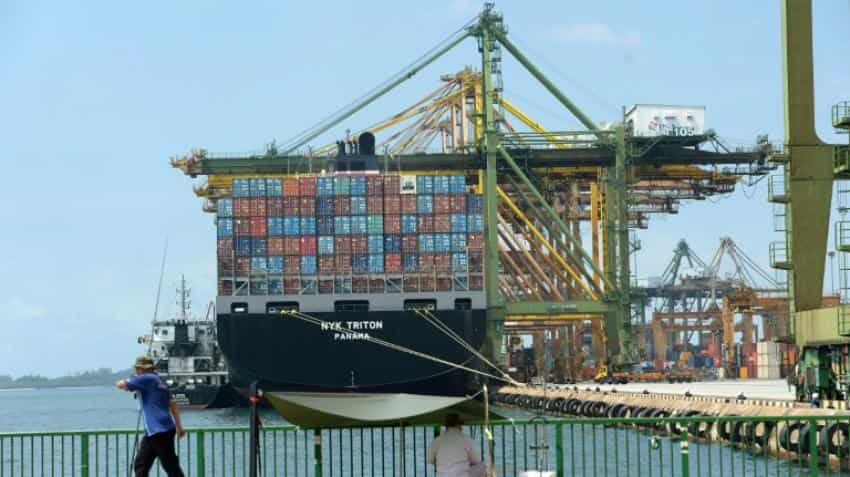 Singapore exports fell more than expected in July from the previous year on softer US and Chinese demand, the government said Wednesday, giving further credence to an economic slowdown this year.

Concerns over the weaker global economic outlook prompted the government this month to narrow its growth forecast for this year to 1-2 percent instead of 1-3 percent as projected earlier.

Singapore`s economy grew a modest 2.0 percent in 2015, the weakest rate of expansion since 2009 due to the effects of a global financial crisis.

Electronics exports such as semiconductors contracted by 12.9 percent, accelerating from a 1.7 percent decline in June.

Non-electronics exports, including pharmaceuticals, petrochemicals and specialised machinery, fell by 9.5 percent from a 2.6 percent fall in June.

"Indeed, when it rains, it pours. This will add on to the long list of poor data pointing to the risk of an economic contraction ahead," said DBS Bank senior economist Irvin Seah.

"The writing is on the wall. For those maintaining a sanguine view on the near term outlook on the economy, this should be a wake-up call," he said in a note.

The "slowdown in China is the main concern but sluggish growth in the US and uncertainties surrounding the Eurozone are not helping," Seah said.

He said the exports decline was due to seasonal factors like the Hari Raya Muslim holidays in Indonesia and Malaysia where companies shut down for a week, as well as the severe flooding in China.

"It`s not as bad as the headline numbers would have suggested," Song told AFP, adding he expects exports to rebound in the coming months.

"The decline was probably exaggerated by the fewer working days in some of the key markets like Malaysia and Indonesia which celebrated the Hari Raya festivities."

Exports to Singapore`s top 10 markets declined, except for the European Union which expanded by 3.0 percent.

Exports to China fell 16.6 percent and shipments to the United States dropped 19.1 percent, while those to Indonesia shrank 22.6 percent and Malaysia by nearly 17 percent.

United Overseas Bank said the data was "disappointing" but expects an export recovery in the second half due to an anticipated pick-up in global trade.