"In line with weaker global growth outlook, and barring the full materialisation of downside risks, the 2016 growth forecast for the Singapore economy is narrowed to 1.0 to 2.0 per cent, from 1.0 to 3.0 per cent," the ministry said. 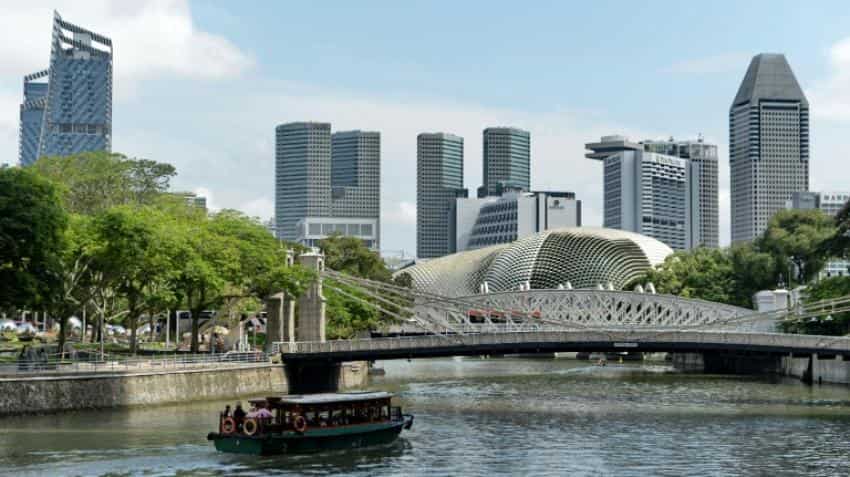 Singapore on Thursday narrowed its economic growth forecast for this year, citing concerns over the weaker global outlook and the impact of Britain`s vote to leave the EU.

Gross domestic product (GDP) for the city-state, regarded as a bellwether for Asia`s other trade-reliant economies, is forecast to expand 1-2 percent instead of 1-3 percent as projected earlier, the trade ministry said.

Both trade and services in Singapore, including the crucial financial sector, are vulnerable to global shocks.

"The global economic outlook has weakened slightly since three months ago in May," the ministry said in a statement.

"The UK’s vote in June to leave the European Union has dampened and also added uncertainties to the global growth outlook," it added.

Analysts have said that Britain`s exit from the EU, known as Brexit, could have dire economic repercussions well beyond the country and Europe.

Singapore`s trade ministry said that except for the United States, most key world economies, constituting Singapore`s main export markets, are expected to see slower growth in the second half of the year compared with the first six months.

In Asia, China’s growth is expected to slow in the second half relative to the first, with full-year expansion projected to be lower than in 2015, the ministry said.

Domestically, the growth of externally oriented services sectors, such as finance and insurance and wholesale trade, has slowed, the ministry said.

A rebound in the key manufacturing sector may not be sustained because of the sluggish global economy, while the outlook for construction is weak, it added.

"In line with weaker global growth outlook, and barring the full materialisation of downside risks, the 2016 growth forecast for the Singapore economy is narrowed to 1.0 to 2.0 per cent, from 1.0 to 3.0 per cent," the ministry said.

Song Seng Wun, an economist with CIMB Private Banking, said the weak services sector appears to be Singapore`s main worry after manufacturing emerged from a recession.

"Services is important -- you`re talking about two thirds of the economy itself," Song told AFP.

"So despite the goods-producing sector returning to growth after a year of recession, I think it`s now the services side which is turning out to be a larger drag on underlying growth."