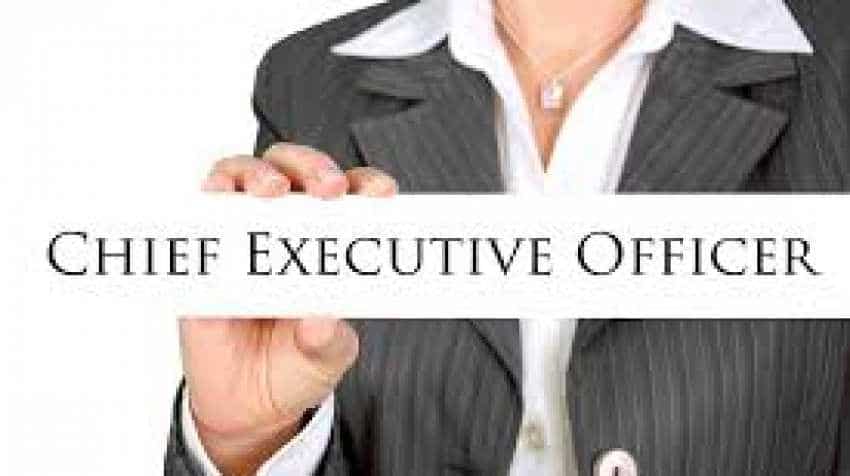 Activist Insight, which has analyzed hundreds of campaigns, found many cases where target share prices went up, not down. Photo: Pixabay
Written By: Reuters
RELATED NEWS

On the morning of July 11, Paul Pittman was on a corn farm in Western Illinois, unaware his company had taken a devastating hit. Just before the stock market opened, an anonymous short seller named "Rota Fortunae" posted on Twitter and financial website Seeking Alpha that Pittman`s small real estate investment trust, Farmland Partners Inc, had engaged in dubious transactions and risked "insolvency." The posting pushed shares down enough to make thousands of previously-purchased stock options profitable, according to a later expert analysis, in turn causing more selling by those on the other side of the trade who committed to buy shares at a higher set price. The accelerating losses were probably compounded by high-frequency trading algorithms activated by price swings and negative keywords, according to that analysis.

Pittman`s stomach churned when he checked his smartphone around noon: Shares were off almost 40 percent. "The game was rigged," Pittman, 56, told Reuters. What followed exemplified a new, ugly phase in a war between companies and activist short sellers, with businesses fighting back against social-media fueled attacks and investors accusing executives of trying to muzzle critics.

Farmland sued Rota Fortunae - Latin for "wheel of fortune" - and other unnamed individuals alleging a "malicious scheme" to profit from the spread of false information and well-timed stock options. The short seller, a Texas-based individual whose identity has been kept secret, sent a statement to Reuters via an attorney that the litigation aimed to "intimidate and choke critical opinion" and that the idea of crashing the stock through "sophisticated trading" was "utter hogwash." It is all under the watch of the U.S. Securities and Exchange Commission, which has been briefed on the matter.

The stand-off reflects a broader debate over how to balance the desire to keep public companies accountable with concerns over market manipulation.

Short selling, said to be as old as stock markets, used to be a low-profile affair where bearish investors relied on the media, analysts or regulators to take the lead in exposing over-valued companies. New tools such as Twitter and Seeking Alpha changed that, creating a small but prominent group of brash public activists. Successful campaigns that exposed corporate fraud or dubious practices, including Carson Block`s Sino-Forest Corp takedown and Andrew Left`s shorting of Valeant Pharmaceuticals International Inc, underscored short sellers` role as market watchdogs. Such victories, coupled with elevated stock valuations, helped spur record numbers of short campaigns, according to industry tracker Activist Insight.

Activist Insight data show such campaigns can have a noticeable impact on stock prices. A 2017 working paper by researchers Yu Ting Forester Wong and Wuyang Zhao also showed they weigh on target companies` investments, dividends and access to financing. Block, Left and other prominent short sellers interviewed by Reuters say they do thorough research and help keep companies honest.

Yet targeted businesses say many short campaigns waged this decade amount to "short and distort" schemes. They accuse some activists of spreading false or misleading information to drive a stock down and then quickly cash out, a mirror image of "pump and dump," where unscrupulous investors promote speculative stocks before selling out at the top. Cases against short sellers are rare, though, given free speech protections and companies hesitant to put themselves under the microscope of regulators, lawyers say.

Recent research provides fresh fodder for the debate. Columbia Law School securities expert Joshua Mitts said in a working paper that he had looked at 1,720 pseudonymous short idea posts on Seeking Alpha between 2010 and 2017 and found that 86 percent were preceded by "extraordinary" options trading. Mitts told Reuters his review of the posts found that, like with Farmland, many short sellers appeared to use fast-expiring put-options bought before the release of a report to spur more selling by underwriters.

"Shorts have to rely on good research, not trading tricks, to punish a stock," said Mitts, whose work has led to paid consulting for Farmland and other companies.

He has also found other unusual trading patterns, including dozens of cases of "spoofing" and "layering," illegal trading strategies of placing and canceling orders to create a false impression of demand or supply. Mitts said, however, that high-frequency traders were probably responsible, not activists. Prominent activists deny engaging in practices described by Mitts and say they rarely use options. Instead, they would typically borrow stocks and immediately sell them in anticipation of a price drop, so they can buy them back for less and pocket the difference.

One smaller short seller said he used put options in conjunction with Seeking Alpha posts to make larger bets given limited capital, but emphasized making unfounded claims could backfire. "With options you can get totally destroyed," said the investor, who requested anonymity. "A bad thesis can be debunked almost instantly."

Activist Insight, which has analyzed hundreds of campaigns, found many cases where target share prices went up, not down.  So far Mitts is virtually alone in analyzing trading activity around short campaigns, but his findings have already drawn the attention of a top U.S. regulator. SEC Commissioner Robert Jackson told Reuters the research was "important" and challenged his agency to "identify folks who are dancing a very fine line between trading and market manipulation." The question, Jackson said, was whether the regulator would go after short sellers who engage in fraud as forcefully as it investigates companies for bad behavior. "I hope the answer to that question will be yes."

A hint came last September, when the SEC brought a rare "short and distort" case against hedge fund manager Gregory Lemelson for making false claims about Ligand Pharmaceuticals Inc, an allegation which Lemelson has denied. Jackson said, however, laws on anonymity and free speech could limit any steps that went beyond straightforward cases involving false information.

On March 12, for example, a New York state judge dismissed a lawsuit against short sellers by Indian media company Eros International PLC, noting their opinions on Seeking Alpha and elsewhere were substantiated and therefore protected. Still, companies are increasingly retaliating with lawsuits, hiring private investigators and using other aggressive tactics, according to some activists. Block, for example, said he has faced "constant" legal threats, at least one undercover operative, and a failed $50 million investigation to discredit his research.

"More than ever, bad companies are trying to shoot the messenger through any means available," Block said.

In the days after Rota`s post, Farmland issued a public rebuttal and Pittman, a former farmer and financial executive, said the company had to go on an "`I am not a crook` tour" in meetings and calls with investors and business partners. Most were sympathetic, Pittman said, including farmers who had traded land for stock, but Farmland lost a potential partnership and had to cut staff from 17 to 13. George Moriarty, executive editor of Seeking Alpha, said that courts have respected the site`s status as a neutral platform and that its staff vetted all posts. In this case, Rota made "limited factual corrections" after Seeking Alpha contacted him about Farmland`s rebuttal.

Still, shares have never quite recovered, and Rota told Reuters that Farmland has yet to substantively address his concerns.

Stock analysts said Rota`s language was dramatic relative to the underlying issues and instead focused on broader business challenges and the potential costs of fighting back. Farmland recently reported about $1.6 million in extra expenses over 2018, before insurance, citing Rota`s campaign. That included defending against a related shareholder class-action and legal costs from its suit against the short seller.

Mitts has submitted his opinion on put options in the case, a pattern he said he discovered independently during his academic research.

The short seller behind the Rota moniker told Reuters he planned to challenge Mitts` assertions and would continue his defense of first amendment rights. Farmland`s lawyers said Rota`s free speech argument was undercut by his acknowledgement of payments received for research on Farmland. Whatever happens in court, the SEC is watching. Rota submitted his Farmland analysis to the agency`s whistleblower hotline, while Farmland later briefed SEC staff on its side.

The SEC declined to comment, but on Jan. 29 it denied Farmland`s request for records on Rota and options trading because, according to a letter revealed in a court filing, related information was in an "investigative file" from an "on-going law enforcement proceeding."

KBC 12: Two contestants failed to go past Rs 6.4 lakh questions asked by Amitabh Bachchan on Kaun Banega crorepati! Do you know the answer?